Is There A Policy On Kashmir Or Not, Owaisi Asks PM Modi 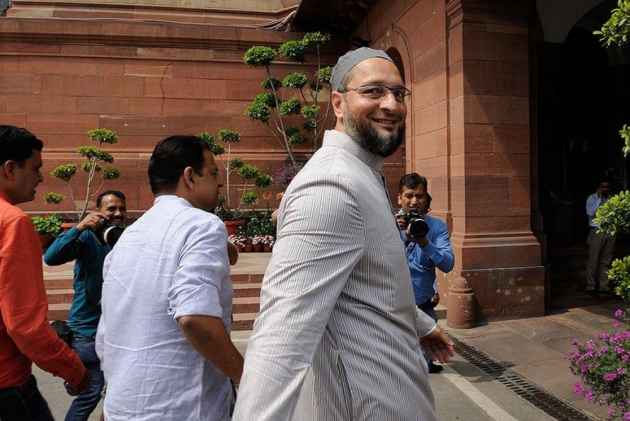 Owaisi told ANI, "Army can control militancy in Kashmir, they can't end it. There have been attacks on sixteen army camps. We want to ask Prime Minister Modi government what is their Kashmir policy? Is there a policy or not?."

Owaisi further claimed that BJP has failed in providing governance in Kashmir.

Yesterday, Major Gogoi, the Army officer who tied a man to the bonnet of a jeep as a 'human shield' against a stone-pelting mob in Jammu and Kashmir, was awarded by Chief of Army Staff's (COAS) Commendation Card for his sustained distinguished service till now in counter-insurgency operations in the state.

He has been performing his counter insurgency duties for more than a year with the 53 Rashtriya Rifles Battalion in Jammu and Kashmir.

Gogoi belongs to the Army Supply Corps of the Indian Army.

Major Gogoi was in the spotlight after a video, shot during the April 9 Srinagar Lok Sabha by-polls, posted on the social media, showed a man tied on the bonnet of an Army jeep in Jammu and Kashmir's Budgam Sector.

The video went viral and sparked a major controversy, with one faction condemning the army's action while the other commended their ingenuity.

The Court of Inquiry regarding April 9 incident is under finalisation.

While awarding the officer, all factors including notable performance of the officer and overall emerging indicators of the Court of Inquiry have been well-considered. (ANI)