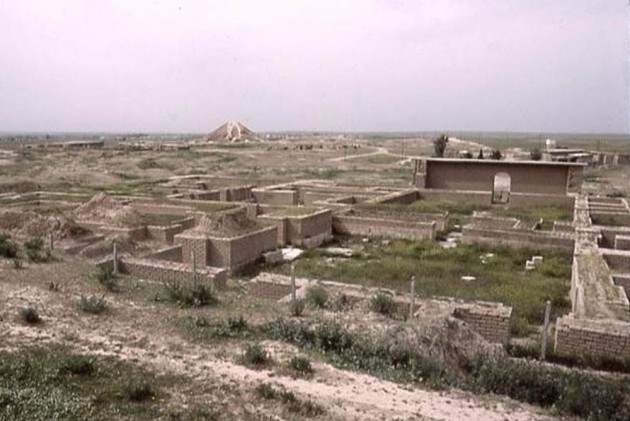 Iraqi forces have retaken the ancient city of Nimrud, but it has been heavily damaged by the Islamic State group, an journalist who visited the site today said.

Statues lie shattered, a reconstructed palace is wrecked and the remains of a ziggurat -- once one of the tallest structures left from the ancient world at some 50 metres (yards) high -- has been reduced to a fraction of its height, the AFP journalist said.

Iraqi forces announced that Nimrud, which was founded in the 13th century and became the capital of the Assyrian empire, was recaptured on Sunday as part of the massive operation to retake Mosul, the last IS-held city in the country.

IS overran Nimrud along with swathes of other territory in 2014, but Iraqi forces have since regained much of the territory they lost to the jihadists.

In April last year, IS released a video of its fighters destroying monuments there before planting explosives around the site and blowing it up.

In the video, militants with sledgehammers and power tools broke artefacts before rigging the site with large barrels of what appeared to be explosives.

IS said it attacked Nimrud as well as other ancient sites, including Syria's Palmyra and Iraq's Hatra, to eliminate idols that are forbidden by its extreme interpretation of Islam.

But that has not stopped IS from looting and selling allegedly forbidden artefacts to fund its operations.

UNESCO has condemned the destruction of Nimrud as a war crime.

Iraqi forces announced the start of the operation to retake Mosul on October 17, and have closed in on the city from the north, east and south.

The elite Counter-Terrorism Service has recaptured a series of areas inside eastern Mosul, and is still battling the jihadists in the city.

Meanwhile, interior ministry forces have advanced on Mosul from the south, and are nearing the airport on the city's southern outskirts.

Iraqi forces have gained significant ground from IS in the four weeks since the operation began, but there are still weeks if not months of tough fighting ahead.