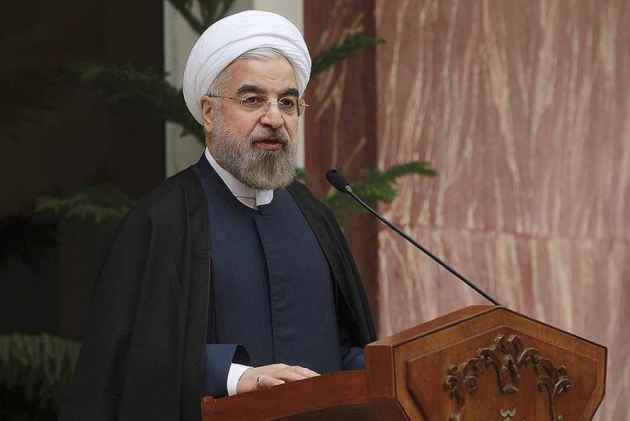 Print
A
A
A
increase text size
Outlook August 15, 2017 19:41 IST Iran Threatens to Resume Nuclear Program 'Within Hours' If US Imposes New Sanctions

Iranian  has threatened to abandon the 2015 nuclear deal with the P5+1 group and restart its nuclear program "within hours" if the United States continues to impose new sanctions on Tehran.

Iranian President Hassan Rouhani issued the warning in a televised speech to Iran's parliament, kicking off a vote-of-confidence session for nominated ministers of his second-term cabinet, CNN reported.

"Iran could quit the nuclear deal within hours if the US imposes more sanctions," Rouhani said.

Iran's president claimed that his country is capable of restarting its nuclear program within hours and quickly bringing it to even more advanced levels than in 2015.

"The new US administration officials should know that the failed experience of threats and sanctions forced their predecessors to come to the negotiating table. If they prefer to return to those times, Iran will definitely return to a situation much more advanced than the start of the nuclear negotiations, not within months and weeks, but in a matter of hours and days," Rouhani said in a televised speech at the parliament's open session on Saturday.

Expressing Iran's readiness to 'hold talks on removal of all sanctions, 'Rouhani underlined Iran's commitment to the nuclear deal, which is known as the Joint Comprehensive Plan of Action (JCPOA), adding that Tehran will follow up and respond to any breach of the deal by other parties.

Last month, the U.S. announced new sanctions against entities and individuals with ties to Iran, a day after certifying that the Iranian government was in compliance with the nuclear agreement.