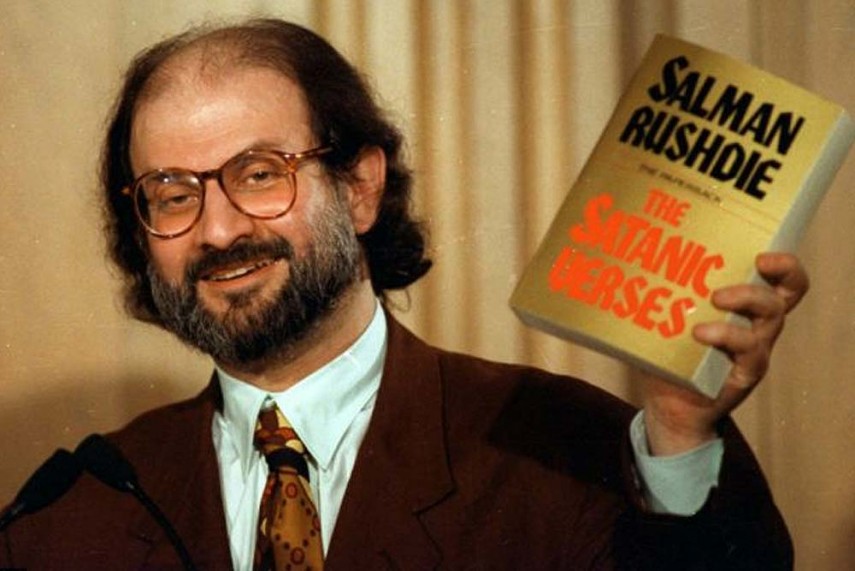 Hardline Iranian news media outlets have raised USD 600,000 to add to a bounty for the killing of Salman Rushdie, it emerged today, 27 years after a death fatwa was issued by Iran's former supreme leader Ayatollah Khomeini over one of the India-born author's controversial novels.

About 40 organisations, including state-run media outlets, raised the sum to reinforce the religious edict calling for Rushdie's assassination issued by Khomeini in 1989 on charges of blasphemy after the publication of The Satanic Verses.

"The fatwa against Salman Rushdie is a religious fatwa. Nobody in the world can nullify a religious fatwa. It has been, it is, and it will be," a senior member of the editorial team at state-run Fars New Agency in Tehran told The Times.

The original fatwa against the 68-year-old British-Indian Booker Prize winner had caused international outcry, with the UK severing diplomatic ties with Iran for nearly a decade.

It was suspended in 1998 when Mohammad Khatami, then the president of Iran, announced that as a pre-condition to the restoration of ties with Britain the Iranian state would "neither support nor hinder assassination operations".

The new bounty came to light in an account by an unnamed journalist at Fars of a digital media fair in Tehran. The story included a declaration by a man known as "Mr Amini", setting a bounty equivalent to USD 600,000, and listed 40 organisations, including NGOs and private donors, which had pledged the money, The Times reported.

Fars, which pledged 100 million Tomans (23,500 pounds), was among the top three cash donors named on the list, which also included the Centre for Cultural and Science Research, Miqat Radio and the Iranian Centre for Training Journalists.

A religious organisation called the 15 Khordad Foundation initially offered a USD 2.7 million reward to anyone carrying out the fatwa, then increased it to USD 3.3 million in 2012. The new money brings the total bounty to nearly USD 4 million.

Jo Glanville, director of English PEN, an organisation that defends freedom of expression and has worked with Rushdie for many years, said: "Given the new relations between Iran and the West, I think we rather hoped [the fatwa] might disappear."

In the early years of the fatwa, Rushdie was forced to go into hiding under police protection as bookshops across the world were destroyed and people associated with the translation or publication of his book were attacked.

His son, Zafar Rushdie, who is also his publicist, declined to comment on the new bounty.

Hardline organisations in Iran make symbolic gestures involving the Rushdie fatwa every year around its anniversary on February 14. But it's unclear whether the bounty would really be paid.