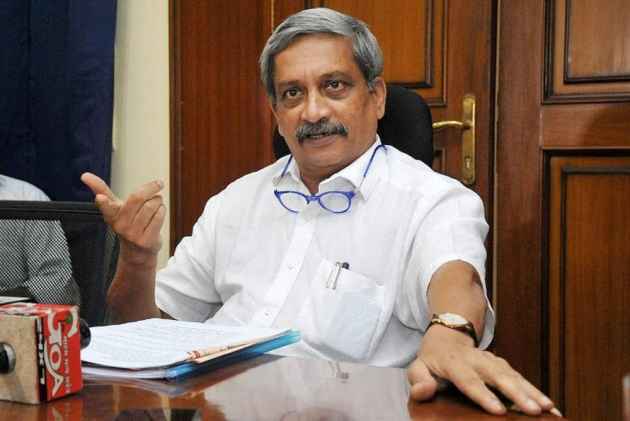 Speaking before a gathering of industrialists here today, the Goa Chief Minister said, "The surgical strikes against militants in PoK (Pakistan Occupied Kashmir) was planned 15 months in advance."

Parrikar said when he was informed about the incident, "I felt insulted....A small terrorist organisation of 200 people killing 18 Dogra soldiers was an insult to the Indian Army and we sat in the afternoon and sat in the evening and worked out the (plan of) first surgical strike which was conducted on 8th June morning in which about 70-80 terrorists were killed (along the India-Myanmar border)."

"It was a very successful strike," he said, adding that on Army's side, the only instance of an injury was a leech attaching itself to a soldier's leg.

Contrary to some reports, no helicopters were used. "I had placed helicopters (on stand by) only in case of emergency evacuation," he said.

"But one question (from media) hurt me. (Union minister) Rajyavardhan Singh Rathore, an ex-Armyman, was on TV and he was explaining about all kinds of search operations. An anchor asked him 'would you have the courage and capability of doing the same on the western front'," Parrikar recalled.

"I listened very intensely but decided to answer when the time came. The starting of September 29 (2016) surgical strike on the western border was 9th of June, 2015....We planned 15 months in advance. Additional troops were trained. Equipment was procured on priority basis," he said.

The Swathi Weapon Locating Radar, developed by the DRDO, was used first in September 2016 to locate "firing units" of Pakistani Army, though the system was inducted officially three months later, Parrikar said.

Thanks to this Radar, forty firing units of Pakistani Army were destroyed, he added.