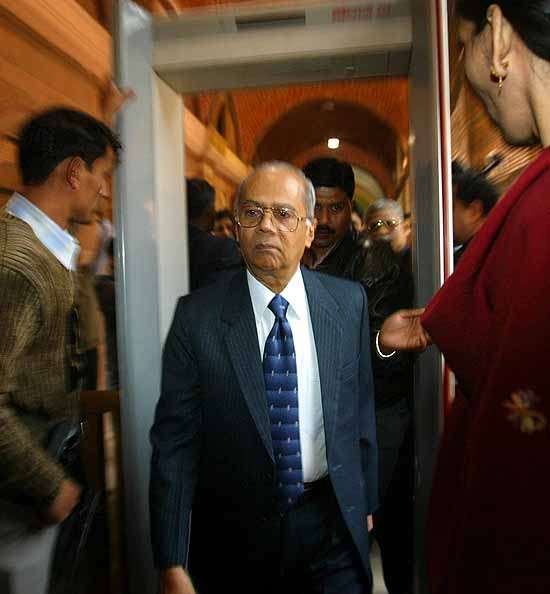 The judicial commission that probed the 2002 Gujarat riots said here today that there is insufficient evidence to support allegations levelled against the then Gujarat chief minister Narendra Modi to summon him for questioning before the panel.

"He (Modi) was not summoned or he (Modi) was not asked to appear before us as we must have some evidence to support allegations against him (Modi)," Chairman of the Commission, retired Supreme Court Justice G T Nanavati told PTI, answering a query about the reasons for not summoning Modi.

"So as to call him (Modi) before the Commission to come and to answer questions (asked) by us by meeting us in person, we did not find it proper to call him in person," Nanavati said.

However, Nanavati was cautious when asked this meant that the Commission has given a clean chit to a person who was not called for questioning by the probe body.

"Not necessarily. Evidence has to be considered. On the basis of evidence, actions should be taken and the findings are required to be recorded," Nanavati said.

In its closure report submitted before the local court giving a clean chit to Modi, the Supreme Court-appointed Special Investigation Team (SIT) had also concluded that there is not enough prosecutable evidence against him.

The Commission had sought investigations report and details of SIT's questioning of Modi in the complaint by Zakia Jafri, Gulburg case riot victim and wife of former MP Ehsan Jafri, which had alleged that Modi, his cabinet colleagues, senior police officials as well as government officers were responsible for 2002 riots.

The SIT had provided all documents to the Commission about why they gave a clean chit to Modi and others.

The panel's first report submitted in 2008 had also given a clean chit to Modi and his ministers with paragraph 229 of the document saying "there is absolutely no evidence to show that either the chief minister or any of the ministers in his council or police officers had played any role in the Godhra incident or there was any lapse on their part in the matter of providing protection, relief and rehabilitation to the victims of communal riots or not complying with the directions given by the National Human Rights Commission."

Yesterday, the Commission, comprising Justice Nanavati and Retired Justice Akshay Shah, had submitted their second and final report on the 2002 post-Godhra riots after 12 years and 24 extensions, in which more than 1,000 people, mostly of the minority community, were killed.

In a reply to a question if suspended IPS officer Sanjiv Bhatt's allegations about then Chief Minister's 'specific order' were examined or not, he said "everything; all these aspects have been considered and findings have been recorded in the report."

Bhatt had claimed in an affidavit before the Supreme Court that he was present in a meeting at the Chief Minister's house on February 27, 2002 and alleged that Modi had given orders to go soft on rioters.

Justice Nanavati also said that IPS officer Rahul Sharma's phone calls record CD, which had put some state functionaries in the dock, was extensively examined by the Commission and it was helpful.

The Gujarat cadre IPS officer Rahul Sharma had submitted a CD, containing call details of then state functionaries during the riots, before the commission.