The first of the four innovation centres for new technologies like artificial intelligence (AI) and machine learning will open in August in Indiana, the home state of US Vice President Mike Pence. 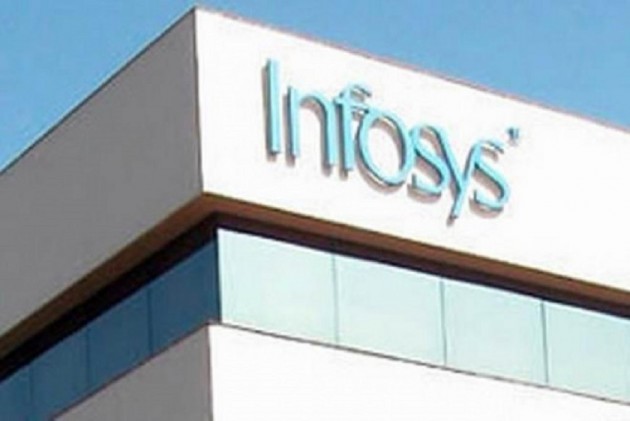 IT firm Infosys will hire 10,000 Americans in the next two years and open four centres in the US in a bid to woo the Trump administration, which has been critical of outsourcing firms for unfairly taking jobs away from US workers.

The first of the four innovation centres for new technologies like artificial intelligence (AI) and machine learning will open in August in Indiana, the home state of US Vice President Mike Pence.

Infosys, which employs about 2,00,000 people globally, will expand its local hiring in the US as it battles visa curbs imposed by the Trump administration that has made sending engineers to the US costly.

The move would also mean increase in labour costs for the company in the US.

The location of the other three centres will be decided over the next few months. These hubs will not only train people on technology and innovation but also help in working closely with clients in key industries like financial services, manufacturing, healthcare, retail and energy.

The North American market accounted for over 60 per cent of Infosys' USD 10.2 billion revenue in the 2016-17 fiscal.

Sikka, however, said these steps were not being taken just to mitigate the impact of stricter visa norms in the US.

He said over the last three years, there has been an increase in the use of new technologies like AI and virtual reality and even the traditional projects are becoming highly automated.

"As work becomes more next-gen, you need a more healthier mix of global and local talent and so you need to re-think the traditional, what has historically been called 'global delivery model', and bring in a lot more talent locally," he added.

Over the past few weeks, there has been a growing sentiment of protectionism across various markets, including the US, that are seeking to safeguard jobs for locals and raising the bar for foreign workers.

The US had also accused Infosys and its larger rival, Tata Consultancy Services, of "unfairly" cornering the lion's share of the H-1B work visas by putting extra tickets in the lottery system. Every year, the US grants 65,000 H-1B visas while another 20,000 are set aside for those with US advanced degrees.

In IT firms' defence, industry body Nasscom had said these two companies accounted for only 7,504 -- 8.8 per cent -- of the approved H-1B visas in 2014-15. At the end of March 2017, Infosys had over 2 lakh people on its payroll. Tech companies use work permits like H-1B visa (in the US) to send engineers to work on client sites.

The tightening of visa norms not only pushes up operational costs for these tech firms but also makes movement of skilled workforce difficult. These companies are now adjusting their business models to reduce their dependence on visas and hiring more locals overseas instead.

Sikka, however, declined to comment on the investment and current mix of locals and global hires in the US.

Infosys -- which has over two lakh people on its payroll -- has already hired over 2,000 people in the US in the last few years under Sikka.

The 10,000 people that will be hired will include experienced technology professionals and recent graduates from major universities, and local and community colleges.

Infosys will also train them on key competencies such as user experience, cloud, artificial intelligence, big data and digital offerings, as well as core technology and computer science skills.

Since 2015, Infosys has trained more than 134,000 students, over 2,500 teachers and almost 2,500 schools across America and provided classroom equipment, through Infosys Foundation USA.