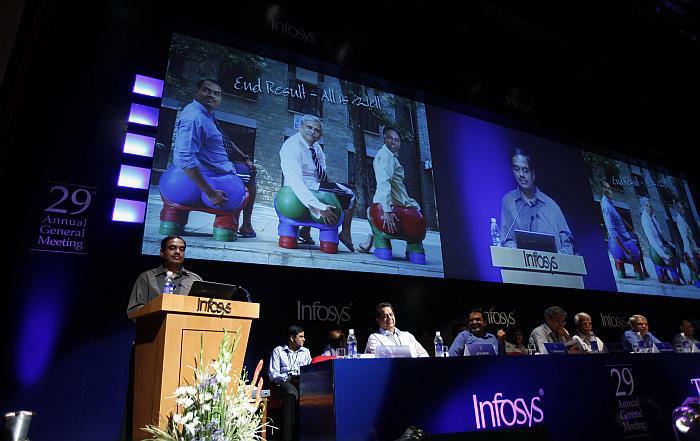 Infosys will also pay up to Rs 13,000 crore to shareholders during 2017-18 by way of dividend and/or share buyback. It has named Independent Director Ravi Venkatesan co-Chairman of the company.

Net profit came in 0.2 per cent higher than Rs 3,597 crore in the same period previous year, according to a BSE filing by Infosys.

On a sequential basis, Infosys' net profit fell 2.8 per cent while revenue declined 0.9 per cent.

He added: "Looking ahead, it is imperative that we increase our resilience to the dynamics of our environment and we remain resolute in executing our strategy, path to transform Infosys and drive long term value for all stakeholders."

In US dollars, Infosys net profit was up 1.8 per cent at USD 543 million for the March quarter while revenue grew 5 per cent to USD 2.5 billion.