Indu Sarkar: Do You Approve Hooliganism? Can I Have Freedom of Expression? Bhandarkar Asks Rahul Gandhi 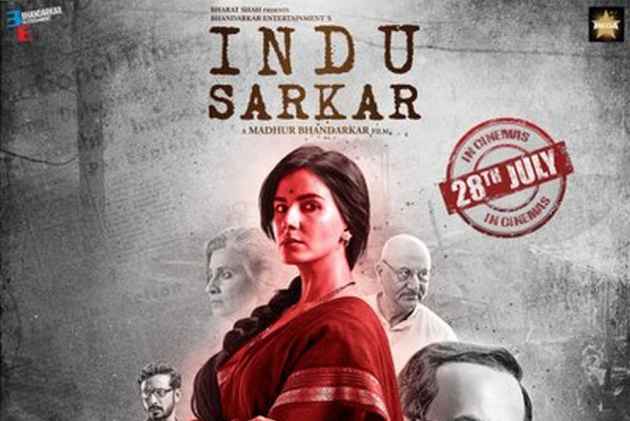 Print
A
A
A
increase text size
Outlook July 16, 2017 17:34 IST Indu Sarkar: Do You Approve Hooliganism? Can I Have Freedom of Expression? Bhandarkar Asks Rahul Gandhi

Film maker Madhur Bhandarkar today cancelled the promotional events of his controversial film 'Indu Sarkar' fearing the wrath of the Congress men and tweeted to party vice president Rahul Gandhi to ask him if he approves of "this hooliganism." "Can I have my Freedom of Expression?" he asked.

Dear @OfficeOfRG after Pune I have 2 cancel today's PressCon at Nagpur.Do you approve this hooliganism? Can I have my Freedom of Expression? pic.twitter.com/y44DXiOOgp

Bhandarkar cancelled the event after the Congress workers gathered at his proposed press meet venue to lodge their protest against the alleged defamatory content of the movie.

Congress has objected to the film, saying that it may have portrayed Indira Gandhi and her son Sanjay Gandhi in a bad light.

Bhandarkar had to face Congressmen's ire in Pune too yesterday after which he had to cancel the promotional events there.

A senior police official told PTI that Congress workers were waiting to meet Bhandarkar at the venue where he was supposed to brief media about the upcoming film.

However, after they came to know that the filmmaker is not going to come to the spot, they went to the hotel where Bhandarkar was staying but by the time they reached there, he had already checked out of the hotel.

After cancelling the events in Nagpur, Bhandarkar tweeted to Rahul Gandhi's Office saying, "Dear @OfficeOfRG after Pune I have 2 cancel today's PressCon at Nagpur. Do you approve this hooliganism? Can I have my Freedom of Expression?"

Maharashtra congress spokesperson, Atul Londhe, said, "The people of India will not accept any attempt to malign the image of late Prime Minister Indira Gandhi who laid down her life for the unity and integrity of the country.

"If the producers had nothing to hide about the movie, they should have first shown it to the Congress leaders and the members of the Gandhi family."

Nagpur city congress chief Vikas Thakre, said, "We wanted to meet Bhandarkar and know as to why he was not showing the movie to the concerned Congress leaders. What is he hiding? However, he left the city before we could meet him."