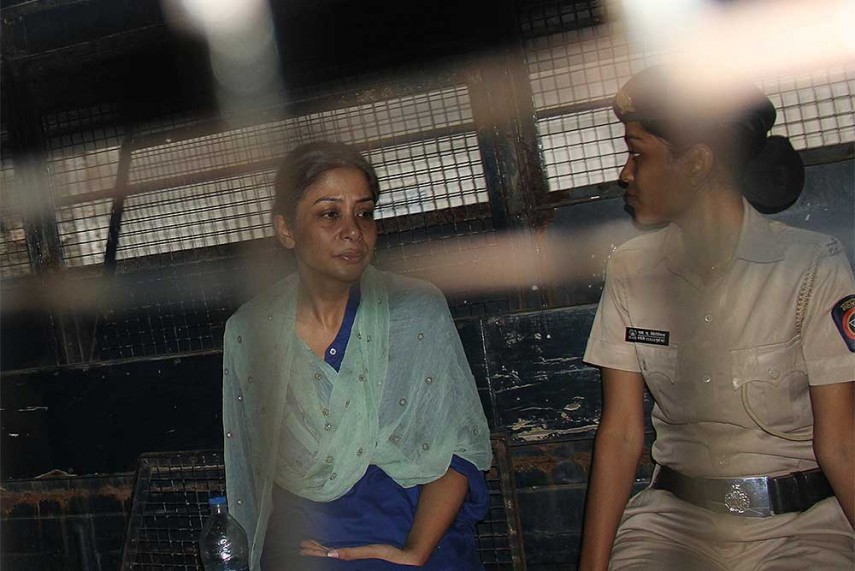 A special CBI court today charged Indrani Mukerjea, her husband Peter Mukerjea and former husband Sanjeev Khanna with murdering her daughter Sheena Bora, clearing the decks for commencement of trial in the sensational case from February 1.

Indrani expressed her wish to obtain divorce from Peter to which the judge said it was a matter to be decided between them and the court has nothing to do with it.

All the accused were charged with IPC sections 120(b) (conspiracy), 302 (murder) and other offences, after which judge H S Mahajan fixed February 1 as the date for the trial to commence.

All the three accused pleaded "not guilty" to the charges, which were explained to them individually, being called to the box one by one.

The prosecution case was that Sheena was murdered on April 24, 2012, and her body burnt and disposed of at a forest in nearby Raigad district the next day.

All the three accused were charged under IPC sections 120(b) (criminal conspiracy), 364 (kidnapping), 302 (murder), 203 (giving false information in respect of an offence) and 201 (causing disappearance of evidence).

Additionally, Indrani and Sanjeev were charged under IPC sections 307 (attempt to murder) and 120(b) (conspiracy) for plotting to kill her son and Sheena's brother Mikhail Bora.

Mikhail had earlier alleged that Indrani had spiked his drink on the same day when Sheena was killed.

Besides, Indrani was also charged under IPC section 471 (using as genuine a forged document or electronic record).

Indrani was arrested in August 2015. Subsequently, others -- Peter, Sanjeev Khanna and her driver Shyamver Rai -- were also taken into custody.

Rai later turned approver in the case and disclosed to CBI how the crime was committed by the accused.

All the three accused were present in the court today. They sat separately in the dock and were seen talking to their lawyers outside the court.

CBI, on December 19 had started arguments on framing of charges in the case, saying it was her relationship with Rahul, Peter's son from an earlier marriage, that led to Sheena's murder.

The case, initially investigated by Mumbai police under its then chief Rakesh Maria, was later transferred to the CBI by the Maharashtra government to ensure that the probe was carried out without any prejudice or interference.

The CBI, in its charge sheet filed in November 2015, had named Indrani, Khanna and Rai as accused in the case.

The agency filed a charge sheet against Peter on February 16 last year for his alleged role in the murder plot.

In October last year, the CBI also filed its second supplementary charge sheet, stating that Indrani kept Peter updated on phone over the selection of the spot for disposal of the body.

The Bombay High Court recently rejected the bail plea of Peter, observing there was prima facie evidence pointing to his involvement in the case.

Indrani, Khanna and Rai were arrested in August 2015 after Rai spilled the beans while he was being interrogated in a case pertaining to illegal possession of arms.

Police exhumed skeletal remains of Sheena from a forest in Raigad district, and later claimed forensic tests confirmed that the DNA samples of the skeletal remains matched those of Indrani and Mikhail Bora.

Right from the day the lid went off it, the case remained a sensational one as a web of deceit, lies and intriguing relationships emerged.

It came to light that Indrani had introduced her daughter and son to people as sister and brother and she was also said to have claimed that Sheena had gone to the US for higher studies, to those who enquired about her.

Maria, who led the initial investigation, was shunted out of the post of the Mumbai Police Commissioner in September 2015 and promoted as Director General of Police Home Guards.

As various theories floated over reasons for Maria's transfer, state Home Department dismissed suggestions that that it had some links with the probe in the Sheena murder case.

Maria was alleged to have taken "unusual interest" in the case and frequently visited Khar police station for questioning the accused, including Indrani.

Maria was alleged to have taken "unusual interest" in the Sheena Bora case and frequently visited Khar police station for questioning the accused, including Indrani.

In June last year, Indrani's former driver Shyamvar Rai was made approver by the CBI into the Sheena murder case after he expressed his intention for the same. He had told the court that he was present when Bora was murdered in 2012.