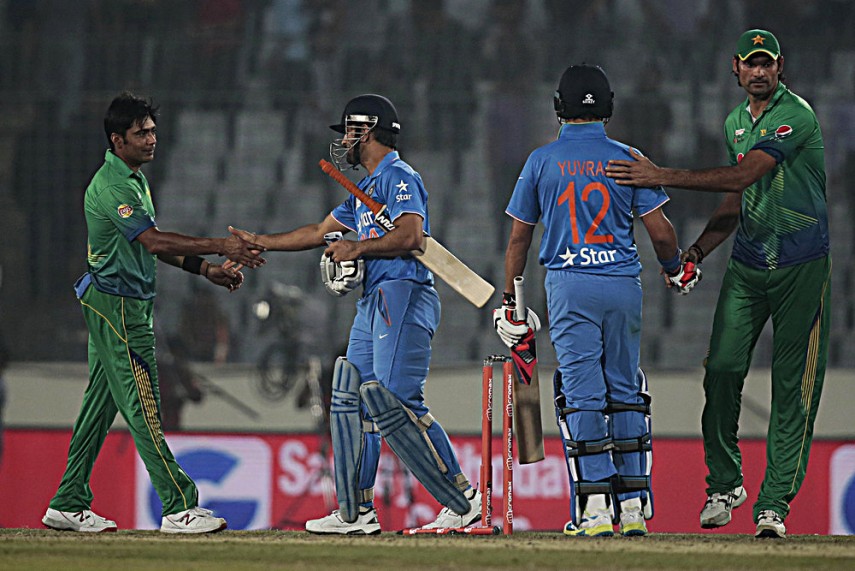 "The match is on. The state and central governments are onboard and all security arrangements have been made," he said after a meeting with Special Secretary (Internal Security) in the Home Ministry M K Singla besides others here.

Pakistan will play against India on March 19 in Dharamsala in Himachal Pradesh. There has been some opposition in the state, including from ex-servicemen, on holding the match at the hill station.

Sridhar, however, said discussions with Home Ministry officials remained inconclusive and a few issues are yet to be sorted out.

Sridhar, also General Manager of Cricket Operations of the BCCI, was accompanied by IPL anti-corruption and security unit head and former Delhi Police Commissioner Neeraj Kumar and a few other BCCI officials.

Representatives of Himachal Pradesh government were also present in the meeting.

Singla said an official team of Pakistan had visited Dharamsala and has expressed satisfaction over the security arrangements in the stadium as well as hotels in the picturesque hill station.

Besides the Dharamsala match, Pakistan will play two matches in Mohali, Punjab -- against New Zealand on March 22 and against Australia on March 25.

The Pakistani team will also play a match in Kolkata on March 16.

A team of Pakistani officials arrived in India yesterday to review security arrangements for their team during the tournament.

The semi-finals of the World Twenty20 cricket tournament will be held in New Delhi on March 30 and in Mumbai a day later.

The final will be played in Kolkata on April 3.