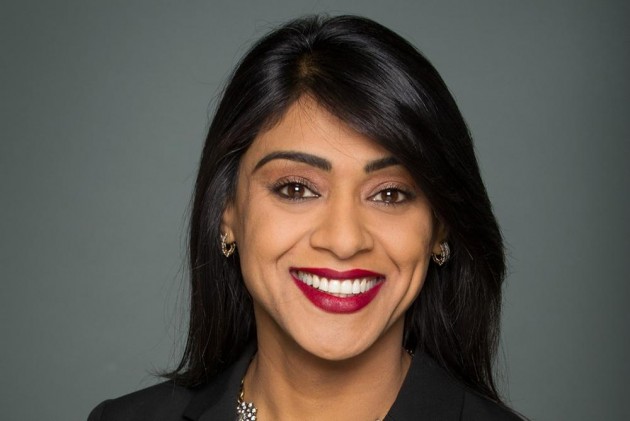 Indo-Canadian Sikh MP Bardish Chagger has been named as the new Leader of the government in Canada's House of Commons, becoming the first woman to hold the post in the country's history.

Chagger, the 36-year-old Waterloo MP and Minister of Small Business and Tourism, was among 19 Indian-origin candidates who won in last year's general election.

"This is a tremendous opportunity. I have been involved in the political process for basically my whole life," Chagger told reporters on Parliament Hill after her swearing-in yesterday.

"I know what democracy should look like. Democracy should be engaging Canadians. That is the leadership of our prime minister and that's why the whole of government approach will work for Canada," she was quoted as saying by CBC News.

The latest development makes her the first woman in Canadian history to hold the job of guiding government legislation through Parliament and replaces Dominic LeBlanc.

On the first day on the job, Chagger said she "really does believe that we can all work together".

Chagger, who was born and raised in the Waterloo region, attended the University of Waterloo where she was the president of the Young Liberals.

She will retain her title as the minister along with the new role.

She is one of the four Sikh Canadians inducted into Trudeau's Cabinet besides Defence Minister Harjit Sajjan - a combat veteran who did three tours in Afghanistan as a member of the Canadian Armed Forces, Infrastructure Minister Amarjeet Sohi and Innovation Minister Navdeep Singh Bains.

Continue FREE with Ads Pay Rs. 1 to Read Without Ads
READ MORE IN:
International
Next Story : Amnesty Has Not Indulged in Anti-National Activities: Karnataka HM
Download the Outlook ​Magazines App. Six magazines, wherever you go! Play Store and App Store