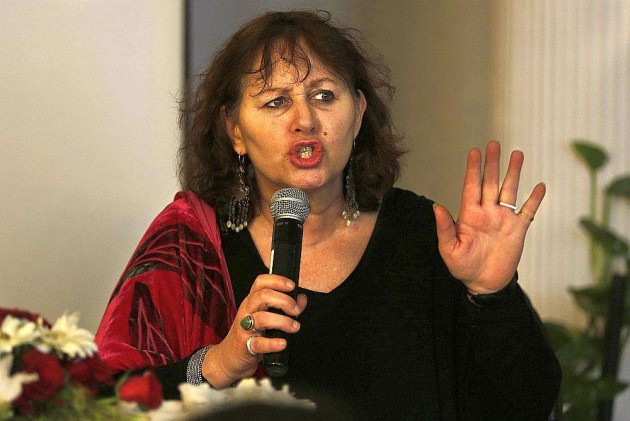 The filmmaker behind the controversial documentary India's Daughter has launched a public appeal to mobilise a protest during Prime Minister Narendra Modi's visit to the UK later this month.

Leslie Udwin wants to bring together "hundreds, if not thousands" outside Wembley Stadium in London during his mega Olympics-style address to the Indian Diaspora on November 13 to demand the ban on the film be lifted in India.

The 58-year-old British filmmaker, whose documentary about the gang-rape of a young woman in Delhi was banned in India, said in her message via email and social media: "We need to work toward the lifting of the ban on the film in India and we urgently need your help. This one is a really urgent one, and time is short to achieve it.

"Indian Prime Minister Modi comes to London on a state visit around 12th November, and on 13th November he is addressing a massive crowd at Wembley Stadium.

"I would love to see hundreds (if not thousands) of protesters, holding placards calling for him to lift the shameful ban on the film, and lift the shame off India.

"We have very little time to mobilise, but I have every confidence that together we can get enough crowds to make a splash."

Pointing to high-profile supporters of her cause such as Meryl Streep, Sean Penn, Susan Sarandon, Gloria Steinem, President Joyce Banda and Sir Ken Robinson, Udwin described the film as an important "journey towards gender equality".

She added: "Step one will be to find out exactly when and what time the Wembley event at which PM Modi will address a full stadium, will take place.

"Next you will need to liaise with the police in order to declare that we will hold a protest and make whatever arrangements need to be made for this. We would also ask if you could start contacting organisations with our call to action.

"They will then of course have to be asked to spread the word amongst the networks, and be told to ask people to make placards and bring them with them on the day and time and place appointed."

India's Daughter is a hard-hitting documentary about the gang rape of a 23-year-old young woman in Delhi in December 2012 and includes interviews with one of the men convicted for the crime.

The movie was banned in India after government claimed that Udwin had flouted the conditions under which permission was given to interview the convict and she did not submit the full, uncut footage of the interview for approval by jail authorities.