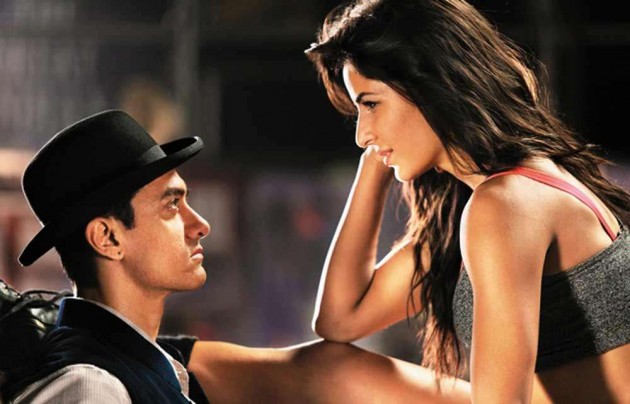 India tops the chart in showing attractive women in its movies and as much as 35 per cent of these female characters are shown with some nudity, finds a first-ever UN sponsored global study of female characters in popular films across the world.

The study, commissioned by the Geena Davis Institute on Gender in Media, with support from UN Women and The Rockefeller Foundation, reveals deep-seated discrimination, pervasive stereotyping, sexualisation of women and their underrepresentation in powerful roles by the international film industry.

Indian films, the study finds, have a significantly higher prevalence of sexualisation of female characters and the movies score low in depicting women in significant speaking roles and as engineers and scientists.

While women represent nearly half of the world's population, less than one third of all speaking characters in films are female and UK-US collaborations and Indian films are at the bottom of the pack.

Sexualisation of female characters in movies is a standard practice across the global film industry and women are twice as likely as men to be shown in sexually revealing clothing, partially or fully naked, thin, and five times as likely to be referenced as attractive.

Indian films are third behind German and Australian movies in showing females in "sexy attire" and at 25.2 per cent India tops the chart in showing attractive females in its movies.

About 35 per cent of female characters in Indian movies are shown with some nudity, the study finds. The prevalence of female directors, writers and producers in the Indian films was also not at a very high number.

Female producers in India were only 15.2 per cent, way below the 22.7 per cent global average. This data of gender prevalence behind the camera translated into a gender ratio of 6.2 males to every one female in the film industry in India.

The study also noted that when shown in professional roles, females are largely absent from powerful positions. Women represent less than 15 per cent of business executives, political figures, or science, technology, engineering, and/or math (STEM) employees.

In India, out of a sample size of 12 jobs onscreen in the scientific and engineering field, 91.7 per cent were portrayed by males while only 8.3 per cent were females.

In the field of politics, only 12 women were shown at the highest levels of local, state/provincial, or national governmental authority, as against 115 males, a gender ratio of 9.6 to one.

Academy-award winning actor Davis, who is the founder and chair of the Geena Davis Institute on Gender in Media said that media images can also have a positive impact on people's perceptions.

"In the time it takes to make a movie, we can change what the future looks like. There are woefully few women CEOs in the world, but there can be lots of them in films.

"How do we encourage a lot more girls to pursue science, technology and engineering careers? By casting droves of women in STEM, politics, law and other professions today in movies," she added.

Conceiving of female CEOs, politicians, lawyers, judges, and doctors, the study says, is the work of a creative writing moment but could have important and lasting consequences for the next generation.

It added that when films featured a female director or writer, the number of female characters on screen increased significantly.

One remedy to correct gender disparity on screen is to hire more female filmmakers and call on film executives to have a heightened sensitivity to gender imbalance and stereotyping on screen. Other key findings of the study include that females are missing in action/adventure films.

The study analysed popular films released between January 2010 and May 2013 across the global film industries, including Australia, Brazil, China, France, Germany, India, Japan, Russia, South Korea, US, UK, as well as UK-US collaborations.