After scoring 248/6, India are still 52 runs short of Australia's first innings total of 300 as at least three batsmen failed to convert their starts into big knocks. 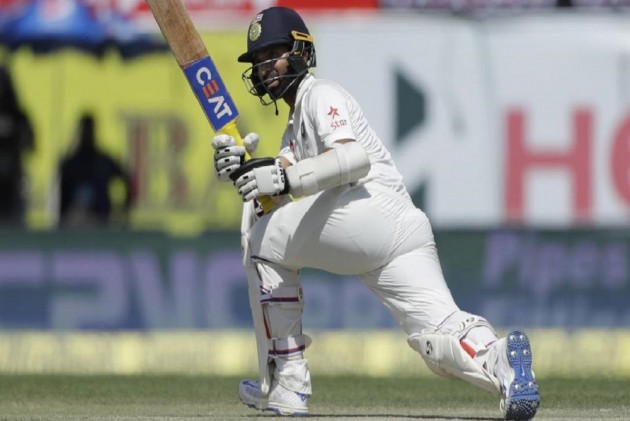 Print
A
A
A
increase text size
Outlook March 26, 2017 17:03 IST Indian Batsmen Fail To Make It Big On Day 2 Of Final Test Against Australia

Indian batsmen frittered away the initial advantage before reaching 248 for six against a disciplined Australia to leave the fourth and final cricket Test evenly poised, here today.

India are still 52 runs short of Australia's first innings total of 300 as atleast three batsmen failed to convert their starts into big knocks.

With the pitch offering significant turn along with good bounce, batting will only get difficult in the third and fourth innings in what promises to be a battle of attrition in the next three days.

Cheteshwar Pujara (57) and Ajinkya Rahane (46) also got starts before Nathan Lyon snuffed them out, extracting sharp bounce from the pitch.

India were comfortable placed at 108 for one before Rahul's dismissal and could have pushed for lead but are struggling to level the scores at least.

After probing spells by the new ball bowlers Josh Hazlewood (1/40 in 18 overs) and Pat Cummins (1/59 off 20 overs), it was off-spinner Lyon (4/67 from 28 overs), who tormented the middle-order was once again in the final session of the day which belonged to Australia.

The final session in which India scored 95 runs saw them lose as many as four wickets – all trying to be defensive against Lyon.

If India fought hard, credit to Ravichandran Ashwin (30 off 49 balls) and Ravindra Jadeja (16), who played their natural game knowing fully well that mere survival won’t get them anywhere as the cracks on the pitch widened and the bounce remained true as ever.

It could have been worse had Wriddhiman Saha (10 batting) catch would have been taken by Matt Renshaw at first slip. But if the Indian innings had a turning point, it was Rahul, who again raised visions of a big score before throwing his wicket.

Rahul looked comfortable during his knock of 60 – his fifth half-century of the series - before a sudden rush of blood saw him play a pull shot off a Cummins short ball only to offer a simple skier to David Warner at cover.

Rahul hit nine fours and a slog-swept six off Steve O’Keefe. The Rahul-Pujara duo added 87 runs for the second wicket to lend solidity to the Indian innings after Murali Vijay’s (11) early departure.