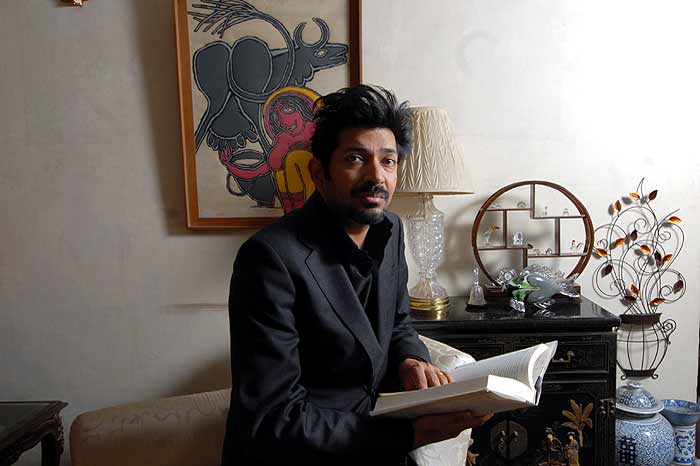 Siddhartha Mukherjee, winner of the 2011 Pulitzer Prize for Non-Fiction.

outlookindia.com
-0001-11-30T00:00:00+0553
Indian-American physician Siddhartha Mukherjee's acclaimed book on cancer, The Emperor of All Maladies: A Biography of Cancer, has won the prestigious 2011 Pulitzer prize in the general non-fiction category.

According to the Pulitzer citation, the book by the New York-based cancer physician and researcher is "an elegant inquiry, at once clinical and personal, into the long history of an insidious disease that, despite treatment breakthroughs, still bedevils medical science".

The Pulitzer for general non-fiction is awarded to a "distinguished and appropriately documented book of nonfiction by an American author that is not eligible for consideration in any other category".

He has published articles in Nature, The New England Journal of Medicine, The New York Times and The New Republic.

In his book, Mukherjee recounts centuries of discoveries, setbacks, victories and deaths, told through the "eyes of his predecessors and peers, training their wits against an infinitely resourceful adversary that, just three decades ago, was thought to be easily vanquished in an all-out war against cancer".

An award-winning science writer, Mukherjee examines cancer with a cellular biologist's precision, a historian's perspective and a biographer's passion.

The result is an astonishingly lucid and eloquent chronicle of a disease humans have lived with—and perished from—for more than 5,000 years.

The "riveting, urgent and surprising" book reads like a literary thriller with cancer as the protagonist.

It is a profoundly humane "biography" of cancer — from its first documented appearances thousands of years ago through the epic battles in the 20th century to cure, control, and conquer it to a radical new understanding of its essence.

"From the Persian Queen Atossa, whose Greek slave cut off her malignant breast, to the nineteenth-century recipients of primitive radiation and chemotherapy to Mukherjee's own leukemia patient, Carla, The Emperor of All Maladies is about the people who have soldiered through fiercely demanding regimens in order to survive—and to increase our understanding of this iconic disease," according to information on the book on Pulitzer's website.

The book provides a fascinating glimpse into the future of cancer treatments besides providing hope and clarity to those seeking to demystify cancer.