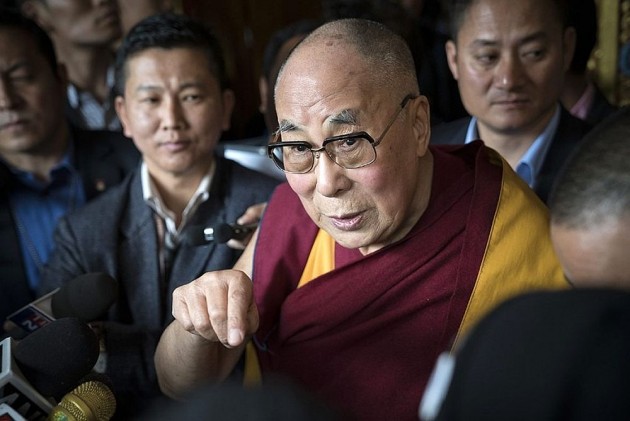 Referring to allegations that it was "silly for China" not to have names for various counties and inventing them for six places in Arunachal Pradesh, an op-ed article in the state-run Global Times said "these comments are absurd”.

"It is time for India to do some serious thinking over why China announced the standardised names in South Tibet at this time," the article titled 'India playing Dalai card worsens territorial spats with China' said.

The daily said "playing the Dalai Lama card" was never a wise choice for New Delhi.

"If India wants to continue this petty game, it will only end up in playing dearly for it," the daily said.

"South Tibet (Arunachal Pradesh) is historically part of China and name of the places there is part of the local ethnic culture. It is legitimate for the Chinese government to standardise the names of the places," it said.

China on April 19 announced that it has "standardised" official names for six places in the northeastern state and termed the provocative move as a "legitimate action".

The Chinese move came days after Beijing lodged strong protests with India over the Dalai Lama's visit to the frontier state.

India yesterday hit out at China for giving Chinese names to six areas of Arunachal Pradesh, saying assigning invented names to towns of the neighbour does not make illegal territorial claims legal.

He also said more standardised names will be announced later.

Highlighting China's stand on the border dispute, the Global Times said, "China has been making efforts to solve the territorial disputes with India, but over the past decades, India has not only increased migration to the disputed area and boosted its military construction there, but it also named Arunachal Pradesh, China's South Tibet, as a formal state of India in 1987."

"Putting the Dalai Lama into its toolbox against China is another trick played by New Delhi lately. New Delhi would be too ingenuous to believe that the region belongs to India simply because the Dalai Lama says so," it said.

"India seems to have become trapped in its stubbornness to measure its strength with China. But territorial disputes cannot be settled by comparing which side is stronger or which country has more leverage. Otherwise, there is no need for Beijing to sit down with New Delhi at the negotiating table," it said in an apparent reference to 19 rounds of India-China boundary talks.

The India-China border dispute covers the 3,488 km-long Line of Actual Control (LAC). While China claims Arunachal Pradesh as South Tibet, India asserts that the dispute covers Aksai Chin area which was occupied by China during the 1962 war.