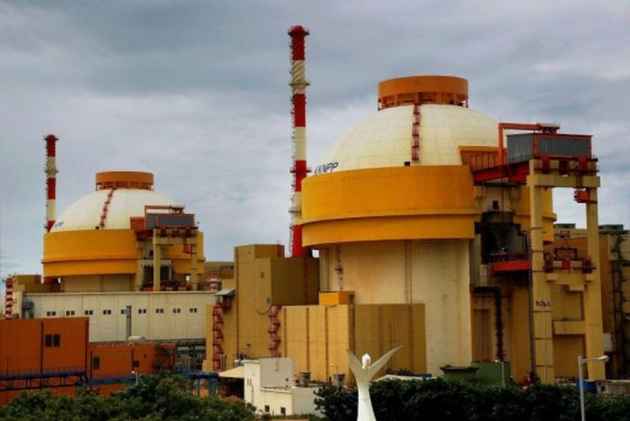 India aims to double its nuclear power generation capacity to about 14,000 MW, said Union minister Piyush Goyal. He, however, ruled out nuclear power becoming the main source of energy for the country.

At present, India generates about 6,800 MW of nuclear energy.

"We have recently embarked on a plan to expand it by about 7,000 MW more and this will be through indigenously manufactured equipment. So, 10 units of 700 MW each we have proposed and we shall be investing in and we will start on that," the power and coal minister said at an event here.

The Union Cabinet in May had already approved the setting up of 10 indigenous Pressurised Heavy Water Reactors (PHWRs) for nuclear power generation.

"But, nuclear power will never ever become the main source of energy for India because it is very expensive. It has its own benefits. It is quite free of carbon, it does not pollute the environment and therefore, our government is encouraging it. We do need clean renewable sources of energy which is available 24 hours," Goyal said.

"Therefore, there is a need of a resource, which can be available 24 hours. Hydro is one such energy which we will promote and nuclear energy also we are promoting. But both these source are still quite expensive," he added.

Goyal further said: "We are dependent on foreign sources for Uranium. As you are aware, China is blocking our entry into the NSG (Nuclear Suppliers Group), so we have some challenges. But, we are confident we will make progress."

In a veiled reference to Donald Trump's rejection of the Paris climate change agreement, Goyal said India does not agree with the US President's views on the issue.

"There is an effort and an attempt by some senior leaders of very large countries to belittle the issue of climate change and try and say that it is not really a problem for the world. But, we in India don't believe so.

"For all of us Indians, we have always respected nature. We have always believed that the environment is an integral part of human existence," he added.