India Snubs Pak on Kashmir, Says It Has No 'Locus Standi' 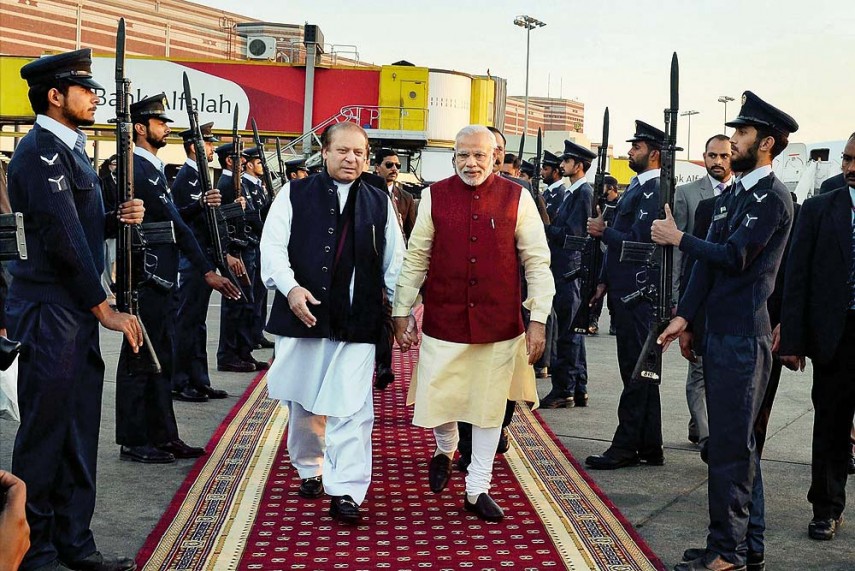 Strongly rebuffing Pakistan on Kashmir, India today said it has no "locus standi" in the matter and its attempt to internationalise the issue will not "whitewash" cross-border terrorism supported by it.

It also asserted that the recent arrest of LeT terrorist Bahadur Ali is yet another proof of Pakistan’s continued involvement in cross-border terrorism and infiltration into India, despite several assurances that it will not allow its territory to be used for terrorism against any other country.

"Pakistan has no locus standi in addressing any aspect of the situation in Jammu and Kashmir, which is an internal matter of India, except to put an end to all cross-border terrorism, infiltration and support and instigation to terrorism and violence against India.

"We are in touch with important interlocutors bilaterally as well as multilaterally to put across the correct picture. Let me also say it does not matter how many letters are written, it will still not whitewash cross-border terrorism," External Affairs Ministry Spokesperson Vikas Swarup said.

He was responding to a question on Pakistan Prime Minister Nawaz Sharif writing to the UN Secretary General and UN High Commissioner for Human Rights, urging for efforts to end the "persistent and egregious violation of the basic human rights" of the Kashmiri people and also to implement UN Security Council resolutions.

Earlier, replying to a written question in Rajya Sabha, Minister of State for External Affairs M J Akbar said India has also emphasised to its international interlocutors that Indian security forces exercised extraordinary restraint, as evident in injury to over 3780 security personnel in mob attacks during the continuing violent protests in Jammu and Kashmir.

On Pakistani terrorist Bahadur Ali's arrest in Kashmir, Swarup said, his interrogation and confession has clearly revealed the details of the kind of training that is provided to such young men, the camps in which they are kept, the weapons that they are provided and, most importantly, the indoctrination that they undergo prior to infiltrating into India.

"Bahadur Ali has also revealed how his Pakistani handlers gave him instructions to mix with the local people, create disturbances and attack police and security forces. His confession proves that the Lashkar-e-Taiba is sending its cadre in connivance with Pakistani security forces, to fuel large-scale agitation in Kashmir.

"Pakistan now stands completely exposed. We have already taken up the matter bilaterally with Pakistan, including our offer to provide consular access to this Pakistani terrorist," Swarup said.

Asked if the foreign secretaries of India and Pakistan were still in touch, the MEA spokesman avoided a direct reply, only saying new dynamics are at play and India cannot be oblivious to it.

India had said in the recent past that though the representatives of the two countries had not met to work out the modalities for resumption of the Comprehensive Bilateral Dialogue, the foreign secretaries were in touch.

Commenting on the recent terror attacks in Pakistan including in Quetta, Swarup said there was no good or bad terrorism.

Swarup said threat of terrorism is bound to remain if a united approach was not adopted to deal with the perpetrators, adding the recent terror attack in Pakistan's Quetta proved there cannot be a selective approach in combating the menace.

"I think these incidents, the recent attack in Quetta, they only demonstrate that you cannot have a selective approach towards terrorism as we have been saying time and again that there are no good terrorists and bad terrorists.

"A terrorist is a terrorist and until and unless each country believes in this dictum and takes strong action to target all terrorist groups regardless of who they are targeting, whether they are targeting inside their country, these problems are bound to remain," the MEA Spokesperson said.

When asked about reports of terror threats at Wagah border, he said, "I am sure our security agencies are vigilant and will take all necessary steps."