'India Should Not Accept NSG Membership, Already Got What It Needs' 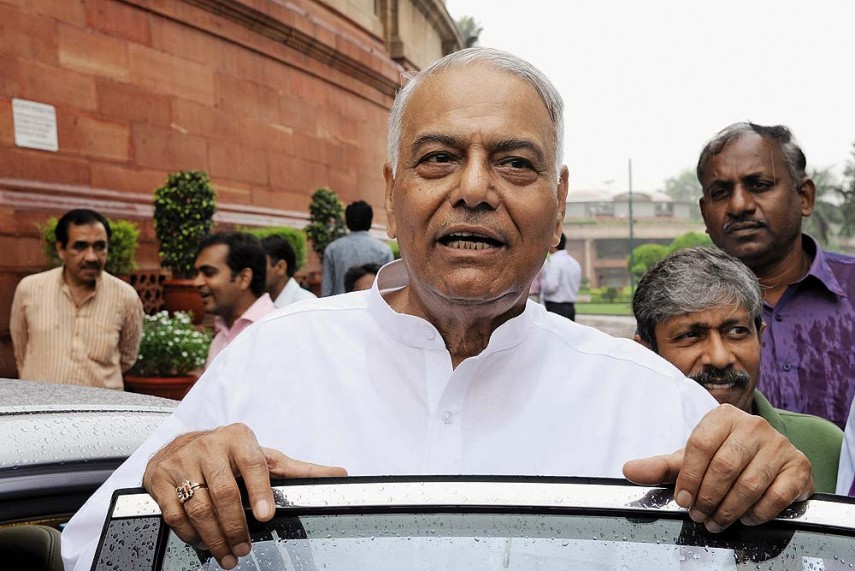 Print
A
A
A
increase text size
Outlook June 26, 2016 15:21 IST 'India Should Not Accept NSG Membership, Already Got What It Needs'

Former External Affairs Minister Yashwant Sinha today flayed the Narendra Modi government over its vigorous push to get NSG membership, saying there was no need for it and India should not have gone to the elite grouping as an "applicant".

The BJP veteran, who has often been critical of the Modi government after being sidelined in the party, said India should not accept NSG membership as it has already got what it needs.

"India which has shown so much keenness in getting NSG membership, it is not required at all. I say this very strongly that India should not accept the NSG membership. We should not go there as an applicant. Whatever we had to get, we have got it," 83-year-old Sinha said.

His comments come after India's push for becoming at member of the NSG came a cropper at the plenary meeting of the 48-member Nuclear Suppliers Group recently as divisions persisted over admitting non-NPT members with China leading the opposition to it.

Ahead of the meeting, India had pushed its case with a number of countries, with Prime Minister Narendra Modi leading the charge and also meeting Chinese President Xi Jinping in Tashkent urging him to take a decision on India's membership on merit while seeking Beijings support.

Sinha, who was External Affairs minister in the previous NDA government led by Atal Bihari Vajpayee, has spoken out against various aspects of Modi government's foriegn policy especially its handling of Pakistan.

Terming the developments at the NSG meet in Seoul as an "embarrassment" to India, Congress too had hit out at Prime Minister Narendra Modi, saying he needs to realise that diplomacy needs "depth and seriousness and not public tamasha".