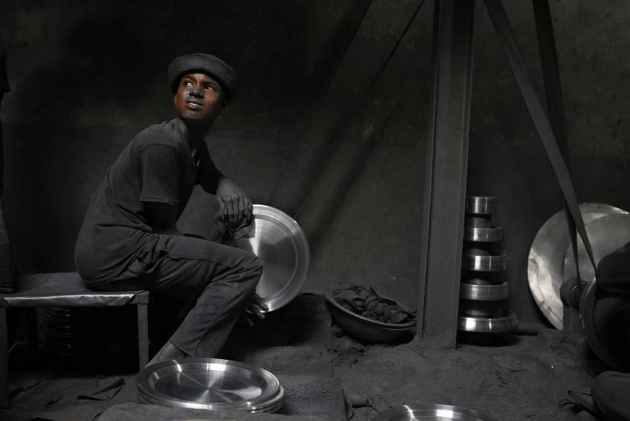 India is set to ratify two key global conventions on combating child labour which a top UN official described as a "great step forward" in bringing all the world's children under the ambit of the legislations.

International Labour Organisation (ILO) Director-General Guy Ryder, in his statement for World Day Against Child Labour, marked annually on June 12, said ILO's Minimum Age Convention, 1973 (No. 138) and the Worst Forms of Child Labour Convention, 1999 (No. 182) have now been ratified by 169 and 180 member states respectively.

"Tomorrow (June 13) I will have the honour of receiving India's ratification of both the conventions. That great step forward towards universal ratification will mean that almost all children in the world will be covered by Convention 182; and that coverage of Convention 138 will leap from 60 per cent to 80 per cent," Ryder said in a statement issued yesterday.

"Together with the near universal ratification of the convention on the Rights of the Child, that sends a resounding message about our common cause – and our common standards that protect children's human rights," he added.

The government of India had in March this year approved ratification of two fundamental conventions of the ILO to address concerns related to child labour. With the ratification, India would join majority of countries that have adopted the legislation to prohibit and place severe restrictions on the employment and work of children.

Nobel laureate Kailash Satyarthi had said that India's decision for ratification of Convention 182 and Convention 138 was "long overdue" in providing justice to the country's children.

"After the total prohibition of child labour, this is yet another important step in protecting all our children from exploitation and abuse. It now remains a collective responsibility of everyone to do their bit to remove the scourge of child labour from the country," Satyarthi had said.

The ILO said children in areas affected by conflict and disasters are among the most vulnerable, making a strong call for an end to the scourge, especially as children trapped in crises risk falling prey to trafficking or being forced into hazardous work.

"All children have the right to be protected from child labour. Yet, around the world, there are still 168 million children in child labour. Eighty-five million of them are engaged in hazardous work," Ryder said.

A significant portion these children find themselves undertaking dangerous work, living in areas affected by conflict and disaster and they are the focus of the 2017 commemoration of the World Day Against Child Labour.

As the world strives to achieve the elimination of child labour by 2025, the UN underlined that conflicts and disasters have a devastating impact on people's lives. They kill, maim, injure and force people to flee their homes; destroy livelihoods, push people into poverty and starvation, and trap many in situations without basic safeguard for their rights.

The UN said the first to suffer from human rights violations and abuses are often boys and girls. Their schools are destroyed and basic services are disrupted and many children are internally displaced or become refugees in other countries, and are particularly vulnerable to trafficking and child labour.

"Today, we are facing the greatest refugee crisis for decades," said Ryder, referring to one of the main drivers of child labour.

While a huge part of the world's responsibility to provide sanctuary and support to children and their families is shouldered by neighbouring host countries, ILO's Director- General says much more needs to be done to share fairly the responsibility to protect refugees.

Ryder particularly asked support to those States on the front line in the affected regions, so that they can provide access to the labour market for adult refugees and access to education for their children.