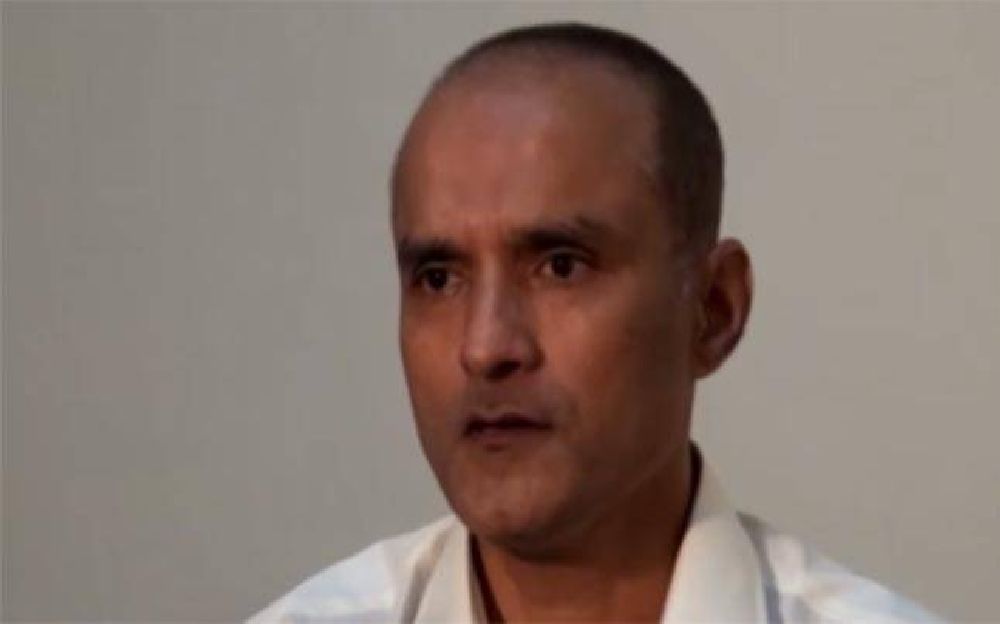 India has no information on retired Indian Navy officer Kulbhushan Jadhav's location in Pakistan or his condition, the external affairs ministry said today, noting that it is in touch with the government there on this "immensely important" issue.

It is also understood that India, which has been denied consular access to Jadhav 13 times, has again moved a request for access to him.

Asserting that the whole country's sentiment is with Jadhav, External Affairs Ministry Spokesperson Gopal Baglay said the government will not spare any effort in securing justice for the "kidnapped innocent" Indian national but refused to divulge details.

The 46-year-old Jadhav has been awarded death sentence by a Pakistani military court on charges of alleged "espionage and sabotage" activities.

Baglay criticised the Pakistan government for not sharing Jadhav's location and details of his condition, adding that the international norm is consular access, and India and Pakistan have a bilateral agreement on consular access.

He also referred to India's demarche to Pakistan where it was clearly conveyed that given the circumstances of the case which includes kidnapping of Jadhav, absence of any credible evidence to substantiates the concocted charges against him, farcical nature of the proceedings against him and denial of consular access to him, the people and the government of India will consider this as a "premeditated murder".

He also quoted the external affairs minister's statement in the Rajya Sabha where she had warned Pakistan of consequences of Jadhav's issue on bilateral ties.

She had also talked about Pakistan asking India to assist in the investigations against Jadhav in January.

"The Parliament of India has spoken in one voice, the whole country's sentiments are with Jadhav... The government is trying its best to ensure justice to Jadhav. At the moment, we are engaged in achieving this objective but I would not like to speculate on the future steps, specifically," the spokesperson said.

The government is in touch with Pakistan through the Indian High Commission on this "immensely important" issue, he added.

Baglay said Jadhav is an innocent Indian who is a retired officer of the Indian Navy and these two things were conveyed to Pakistan in March, 2016 when issue of his "illegal custody there came to our attention".

On reports of Jadhav carrying a fake identity or original Indian passport, Baglay said, "We cannot ascertain anything since we did not have any consular access. What kind of spy keeps an original passport, especially if he is going on so called spying mission.

"These facts are illogical and create doubts over allegation of his being a spy... We need to know how he came to be in Pakistan in the first place."

India has been maintaining that Jadhav, who had legal business interest in Iran, was kidnapped by Pakistan authorities.

The trial of Jadhav was "opaque and farcical", no due process was followed and all legal norms and international relations were defied, Baglay said.

The issue has triggered fresh tension in Indo-Pak ties and India has warned Pakistan of the "consequences" Jadhav's hanging could have on their ties and vowed to go "out of the way" to save him amid pervasive outrage in the country.

He also said there was no information on capturing of any Pakistani army officer and termed as "speculative" some of the options including swapping of prisoners to get him released.

India had even spoken to the Iran government about Jadhav as he had a legal business pertaining to Chhabahar port there.

Baglay said he has no idea what progress has the investigation made, when asked about the status of the probe ordered by Iran last year.

Asked about if the US NSA was visiting India and if Jadhav's issue will come up apart from a possible America trip of Prime Minister Narendra Modi, he said he does not have information on the date for NSA of the US.

"If and when it takes place, I am sure his discussion with our NSA and other meetings will cover prominently the situation in the region, most importantly in Afghanistan and also the threat of terrorism which emanates within our region from a specific country which effects the entire region.

"This will obviously be on priority. I cannot decide what the two dignitaries will discuss. But generally speaking the sense is that regional situation will help both the countries to consolidate this partnership," he said.