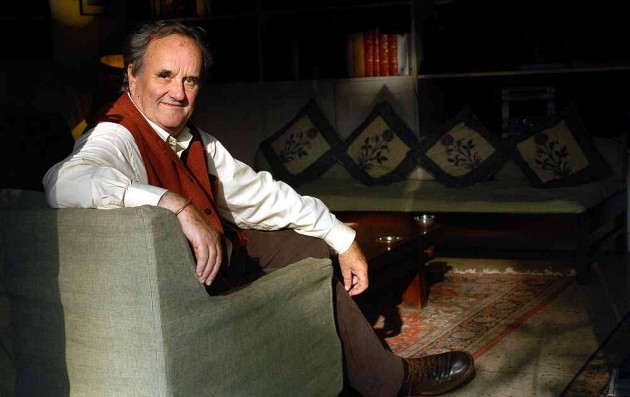 India has a huge pool of authors contributing to the country's literature but it needs to learn how to protect them and their work from attack by vociferous forces, veteran journalist and author Mark Tully has said.

"In Britain or in US any author can say ten different things positive or negative about Jesus Christ without raising eyebrows or impacting the glory of Jesus, but the same can't happen in India. People take things too personally and the law lets them do so," Tully told PTI in an interview on the sidelines of the ongoing Jaipur Literature Festival.

Tully, who has covered India for over 30 years for the BBC had also expressed his concerns about Freedom of Expression during a session on the inaugural day of the Festival.

"In India anyone who doesn't like a book or a particular text has all the rights to take it to streets, burn the books, attack the authors and much more. Unfortunately, the law also calls for a ban on such texts and doesn't protect the authors, that's where India needs to learn from Britain" he said.

"Lots and lots of Indians do adopt that attitude of the Britain's population of letting the criticism remain just a matter of opinion but the problem is that small groups of people take it upon themselves and become the judges of the situation and insist that a particular book is offensive to our religion, their sexuality or ethnicity. Then they are allowed to do things which are illegal," added Tully.

The 80-year-old journalist, believes that the line between 'genuine criticism' and 'insulting criticism' is not defined in India.

"It's sad but the government and courts defend the people who are raising complaints about books. They don't defend the rights of the writer. All the laws are on side of the people who wish to protest...That's the trouble and that’s where I think problem exactly lies," Tully said.

"If you take the recent case of Tamil writer Murugan which is on every intellectual's mind when it comes to a debate on freedom of expression. It was the duty of the authorities to give him the protection which was needed rather than harassing him or bullying him the way he was," he added.

Tully said that in Britain the 'line' is not blurred and is defined by 'political correctness'.

"It is absolutely right that there should be debates about religion, discussions about religion. There are some people who believe in God some who don't and all that is absolutely right. I am not saying that in Britain it is a perfect situation in this regard but there but there is an unwritten line or a law or what you could define as political correctness," he said.

"For example, recently the man who is star of the BBC programme 'Top Gear' described a black person as a nigger on his programme. That is something insulting and not politically correct. The line is defined and clear. In the same way, feminists get angry if you say things which are sexist or show superiority of men, it might or might not be thoroughly offensive," he added.

Tully who has written many books on India including Amritsar: Mrs Gandhi's Last Battle, Raj to Rajiv: 40 Years of Indian Independence and No Full Stops in India said that the society should define the line for itself.

"One of the ways that line can be decided it by writers themselves but most importantly there is need for an autonomous body which people can approach and say 'I find this genuinely offensive to my religion, my sex or any offensive factor'.

"That would be more polite way of examining things rather than burning or banning books and harassing the authors," Tully said.