India Must Immediately Pull back Troops From Doklam With 'No Strings Attached': China 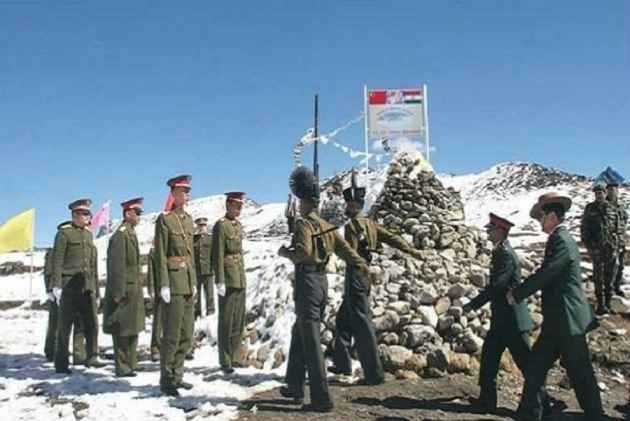 Print
A
A
A
increase text size
Outlook August 02, 2017 16:22 IST India Must Immediately Pull back Troops From Doklam With 'No Strings Attached': China

China on Wednesday said it has conveyed its firm stand to India that it must take "concrete actions" by immediately pulling back troops from Doklam in the Sikkim section with "no strings attached" to resolve the current standoff.

Doval and Yang are also the special representatives of the boundary talks between the two nations.

Yang held bilateral meeting with Doval "at his request and in accordance with the practice", the ministry said in a written reply to a question about the discussions relating to the standoff at Doklam which began when China started constructing a road in the area.

"Yang Jiechi expressed China's stern positions and explicit requirements on the trespass of Indian border troops into China's territory at the Sikkim section of China-India boundary," it said, indicating that there was no breakthrough during the talks between Doval and Yang.

India's position on the issue was made clear by external affairs minister Sushma Swaraj last month, saying both sides should first pull back their troops for any talks to take place, favouring a peaceful resolution of the border standoff.

India also conveyed to the Chinese government that the road construction would represent a significant change of status quo with serious security implications for it.

The Chinese foreign ministry said during his talks with Doval, Yang also "urged India to respect China’s territorial sovereignty, the international law and the basic rules governing international relations and immediately pull back the trespassing India border troops to the Indian side of the boundary with no strings attached and resolve the current incident with concrete actions."

The foreign ministry also posted a 15-page fact sheet with maps and other details about the standoff since it began on June 16.

The fact sheet said on June 18 about 270 Indian troops entered more than 100 meters into the Chinese territory to "obstruct the road building of the Chinese side, causing tension in the area".

"Over 400 people at one point, have put up three tents and advanced over 180 meters into the Chinese territory," it said.

"As of the end of July, there were still over 40 Indian border troops and one bulldozer illegally staying in the Chinese territory," it said.

New Delhi has expressed concern over the road building, apprehending that it may allow Chinese troops to cut India's access to its northeastern states.

Doka La is the Indian name for the region which Bhutan recognises as Dokalam, while China claims it as part of its Donglang region.

Of the 3,488-km-long India-China border from Jammu and Kashmir to Arunachal Pradesh, a 220-km section falls in Sikkim.

"This makes it fundamentally different from past frictions between the border troops of the two sides in areas with undelimited boundary. The Indian border troops’ crossing of the already delimited boundary is a very serious incident as it violates China’s sovereignty and territorial integrity," it said.

The fact sheet said that no such attempt would be tolerated by any sovereign state.

"The fact of the matter is that it is India which has attempted time and again to change the status quo of the China-India boundary in the Sikkim Sector, which poses a grave security threat to China," it said.

"No country should ever underestimate the resolve of the Chinese government and people to defend China’s territorial sovereignty. China will take all necessary measures to safeguard its legitimate and lawful rights and interests," it warned.

"The incident took place on the Chinese side of the delimited boundary. India should immediately and unconditionally withdraw its trespassing border troops back to the Indian side of the boundary. This is a prerequisite and basis for resolving the incident," it added.

The fact sheet said China values the growth of good- neighbourly and friendly relations with India and is committed to maintaining peace and tranquillity in the border area between the two countries.