'India Looks Brighter Than China on a Map, But Really It's Not': Tweet By Chinese Daily Invites Trolls From India, Pakistan, China 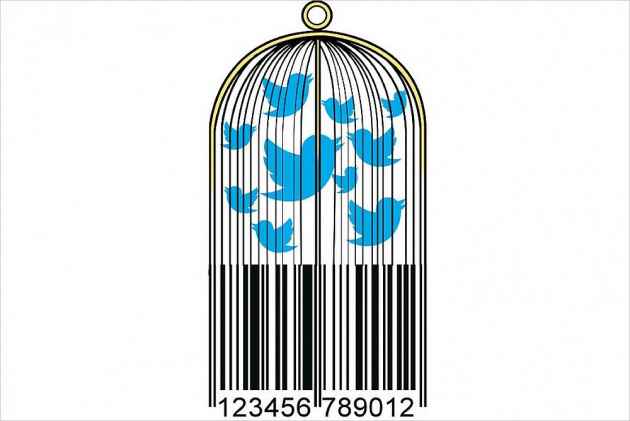 Print
A
A
A
increase text size
Outlook July 21, 2017 10:04 IST 'India Looks Brighter Than China on a Map, But Really It's Not': Tweet By Chinese Daily Invites Trolls From India, Pakistan, China

A tweet by a Chinese daily on Thursday started Twitter war between Indian, Pakistani and Chinese trolls.

As soon as China's largest newspaper People's Daily on Thursday tweeted its story titled 'India looks brighter than China on a map, but really it's not'; Pakistani, Indian, and Chinese started trolling each other with mentions.

India looks brighter than China on a map, but really it's not https://t.co/hBepcnCzdW pic.twitter.com/QcNewdYrmH

A Tweeter handle @view_calub with Pakistani flag as profile photo was the first to sow the seeds of the Twitter war.

"China is much brighter then india...because chine is working on energy saving project and other hand india waste thier engergy..(sic)"

The second one was an Indian who taunted that Pakistan's energy scenario was in doldrums.

@ravitwitss tweeted: "Pakistan is in Dark bhaijaan.. Relatives fking each other (sic)."

Next was a Chinese who alleged that it was NASA which deliberately showed China darker than India.

Now, it was turn of Indians to settle scores with the Chinese.

@lionsandsachin tweeted: "Democracy is always brighter than communist...where u don't give freedom to ur own people...wait for few more years and we will surpass u (sic)."

Then came a Tibetan who demanded China to free Tibet.

"Democracy is always brighter than communist...where u don't give freedom to ur own people...wait for few more years and we will surpass u (sic)."

A Chinese @jiahao_lee mocked India by saying, "#Indians don't have a piece of brain and they live in the well without coming out!They can surpass China only by photoshopping (sic)."

An Indian @dkv1949 tweeted: "Though economically China is brighter than India but D Dark Patches in China R lack of democracy as compared 2 India which is bright Demorcy (sic)."

The People's Daily's reported, "According to the Shanghai based media outlet The Paper, India has more plains than China and is surrounded by seas on three sides, which makes the lights appear brighter. Forty-percent of Indian lands are plain and the mean attitude of the Deccan Plateau is less than 1,000 meters, while China's plains make up 12 percent. More than half of China is made up high-altitude plateaus and mountains, home to about 28 percent of population, which makes the western and northern regions of China seem dim in comparison."

It further added: "Actually, the map does not measure the intensity of the lights. But India has more blue and green lights and fewer red and orange lights, the latter of which refer to developed areas."

Continue FREE with Ads Pay Rs. 1 to Read Without Ads
READ MORE IN:
International
Next Story : Rupee Firms Up 8 Paise Against Dollar at 64.35
Download the Outlook ​Magazines App. Six magazines, wherever you go! Play Store and App Store