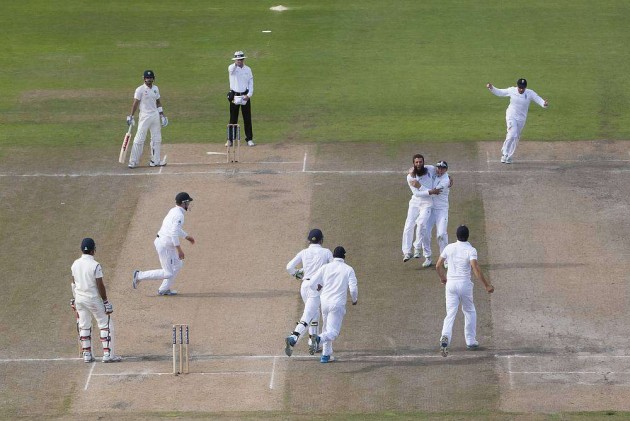 A pathetic India paid the price for focusing more on James Anderson incident than on their game, former captain Michael Vaughan said while British media termed India's capitulation in the fourth Test as "spineless".

Former England skipper Vaughan said "India were simply embarrassing" as they did not have the mental strength or character to fight under pressure.

"They have been brought up facing orthodox off spin but they made it look as though Moeen Ali was bowling hand grenades and folded abysmally. They just gave up under pressure, they threw in the towel. For the past two weeks it looks to me as if India have been fighting too many battles off the pitch and have forgotten to fight on it," Vaughan wrote in his coloumn for Daily Telegraph.

"They got embroiled in the James Anderson case and were so bent on getting him banned that they took their eye off the cricket. England did not produce magic deliveries; it was poor batting, with India lacking the mental strength or character to fight through the situation."

"India are battling many problems now. Look at Virat Kohli. His technique is all over the place. James Anderson has bowled 30 balls at him, he has scored seven runs and lost his wicket four times. That is remarkable. It is not easy being touted as the next Sachin Tendulkar. Clearly for him to become a world-renowned player he has to score more runs overseas, but I have been amazed at how fragile he looks going to the crease."

Former Test captain Ian Botham said the hosts were dominant side all through the match and expected them to win the series.

"You could call it a toss to tape win, because at no stage did India ever look like overtaking England in this match. On every day, in every session and in every department England were stronger than India and I expect to see them pull away further over the rest of the series," Botham wrote in his column for 'Mirror'.

Botham was all praise for England's transformation.

"From what was one of the worst performances I've ever seen from an England team at Lord's to one of the best in recent memory. The win at the Ageas Bowl was simply superb right from the off."

The Daily Mail was scathing in its criticism of India's performance.

"And what a spineless, pathetic display from an India side who have imploded since their historic victory at Lord’s under the leadership of a captain in MS Dhoni who just did not look interested," the paper wrote.

"England defied the loss of Stuart Broad with a broken nose to romp to a second consecutive victory over an India team whose spirit appears to have been fractured," the paper wrote.