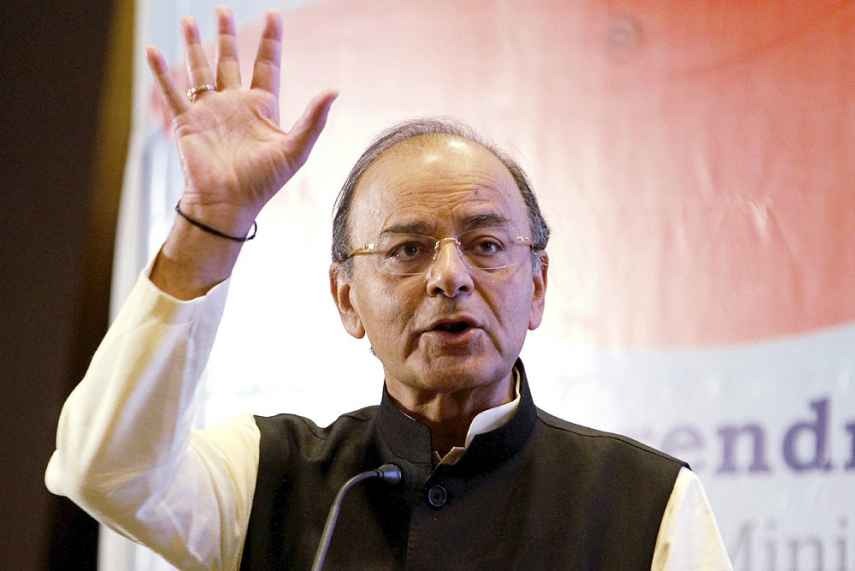 Addressing the plenary of TECHNOPROM 2017, a leading forum for technological development, the defence minister said Russian defence majors which already have a long experience of working in India are well placed to take advantage of the policy changes effected to encourage tie-ups between Indian and foreign companies.

Jaitley, who is in Russia on a three-day visit beginning today, said Indian companies are already gearing up to take advantage of policy initiatives in the defence sector by developing capabilities for design and development of military systems.

"I invite Russian companies to come forward with proposals for technology transfer to Indian companies and facilitate manufacturing of more advanced components/parts and sub-systems. This can start with platforms of Russian origin where the requirement is in large numbers and is recurring in nature," he said.

Jaitley said Russian companies can be "natural partners" of the Indian companies as most of India's defence equipments and inventory are of Russian origin.

"In the past three years, the government has introduced several path-breaking policy and procedural changes in the defence production sector for encouraging private investment, R&D and indigenisation," he said at the forum held at Siberian city of Novosibirsk.

Jaitley said Russian companies, which already have a long experience of working in India and working with India are well placed to take a leading role in the process.

In a major step towards defence indigenisation, the Indian government last month unveiled a "strategic partnership" model under which select private firms will be engaged along with foreign entities to build military platforms like fighter jets, submarines and battle tanks.

The defence minister said Russian companies may identify some items for which they can set up joint ventures with Indian companies so that these items can be supplied across the world.

"Keeping this in mind, we have also streamlined the process of export clearances in last two years," he said adding "India is likely to soon become a member of the multilateral Wassenaar Arrangement, which will further catalyse our international engagement."

He said, "In the days to come, we hope to fully harness the energies, entrepreneurial spirit and enterprise of the private sector in the area of defence manufacturing.

"Here again, Russia as India's largest, oldest and most trusted partner in defence hardware and equipment, would have a comparative advantage in partnering with Indian companies for realising 'Make in India' potential in defence production," Jaitley said.

On June 23, Jaitley will co-chair the 17th meeting of the India-Russia Inter Governmental Commission on Military- Technical Cooperation with his Russian counterpart General Sergei Shoigu.

Jaitley said as an incentive, industrial licensing for manufacturing of defence equipments has been significantly liberalised.

"Now for manufacturing of parts, components, sub-systems, production equipments and testing equipments, no license is required from the Government. Even for the items for which license is required, the initial validity has been increased from 3 years to 15 years," he said.

Russia has been one of India's key major suppliers of arms and ammunition. However, it has been a long-standing grievance of armed forces that supply of critical spares and equipment from Russia takes a long time affecting maintenance of military systems procured from that country.

"We envisage 'Make in India' in defence sector to not only address domestic requirements, but also to enable Indian firms to become part of the global supply chain.

"Despite India's significant domestic requirements in defence, manufacturing and business would be sustainable in the longer term only if companies look at global requirements and create economies of scale," he said.