India Has Important Role in Stewardship of Nuclear Weapons: US 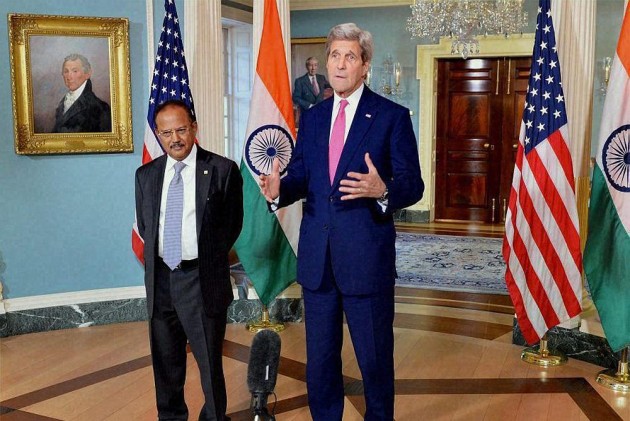 Print
A
A
A
increase text size
Outlook March 31, 2016 09:32 IST India Has Important Role in Stewardship of Nuclear Weapons: US

India has a "very important" role to play in responsible stewardship of nuclear weapons and materials, US Secretary of State John Kerry said ahead of the Nuclear Security Summit to be attended by Prime Minister Narendra Modi and other world leaders from over 50 countries.

"India has a long record of being a leader, of being responsible, and it is particularly important right now at a time when we see some choices being made in the region that may accelerate possible arms construction, which we have serious questions about," Kerry said as he met National Security Advisor Ajit Doval at the Foggy Bottom headquarters of the State Department.

"India has a very important role to play with respect to responsible stewardship of nuclear weapons and nuclear materials," he said yesterday, adding that the US has raised these issues with various partners in the region.

"Our hope is that this Nuclear Security Summit will contribute to everybody's understanding about our global responsibilities and choices," he said.

Kerry said US President Barack Obama has called the relationship with India 'a defining relationship of this century', and there are many reasons for that.

"India is the largest democracy in the world, and a real partner with the United States on a lot of technology and energy issues. We're particularly grateful to India for the leadership it offered in Paris helping us to reach a climate agreement. And now, there is more that we can do with respect to the next steps in that agreement," he said.

"India attaches considerable value to the Nuclear Security Summit. We are deeply interested in seeing that the safety and security of the radioactive material must be ensured," he said.

Hoping for increased cooperation with the US, Doval said India and the US would look to work together on their shared concerns, including terrorism and cyber space.

He said: "We have made many strides after the new government of Prime Minister Modi has come and we have taken our relationship to new heights. We have got many areas in which we have able to improve and achieve substantial results."

During their meeting, Kerry and Doval discussed ways to increase diplomatic cooperation on a range of regional and global issues, including counter-terrorism efforts, State Department spokesperson John Kirby said.

The Secretary of State said that the US-India civil nuclear partnership should bolster India's energy security and the strong economic relationship between the two countries.

Kerry commended India for its leadership on clean energy and reducing carbon emissions, as well as its improving resilience in the face of climate change. They also discussed dealing more effectively with illegal, unregulated and unreported fishing.