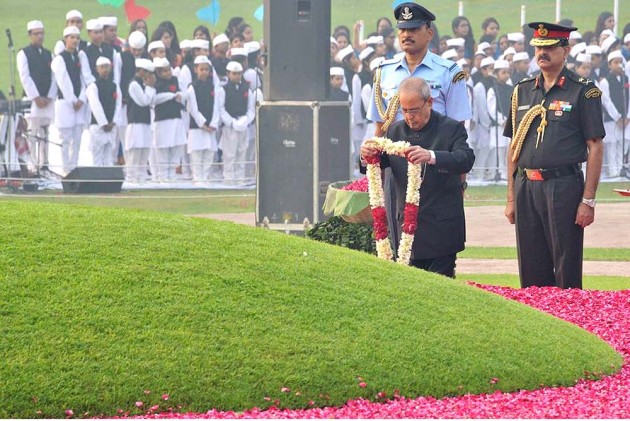 The NDA leaders, however, were conspicuous by their absence at the event.

At the end of the ceremony, the dignitaries released tricolour balloons in the air amid playing of bands and patriotic songs by school children.

"Pandit Jawaharlal Nehru's life was spent in giving India freedom & leading India as the 1st PM. Tributes to him on his birth anniversary," tweeted Modi, who is in London on an official visit.

Nehru was born to Motilal Nehru and Swaroop Rani on November 14, 1889, in Allahabad in Uttar Pradesh and his birthday is celebrated as Children's Day in India as he was fond of children.