India Eyes to Cut Defence Budget by 50% within a Decade: Minister 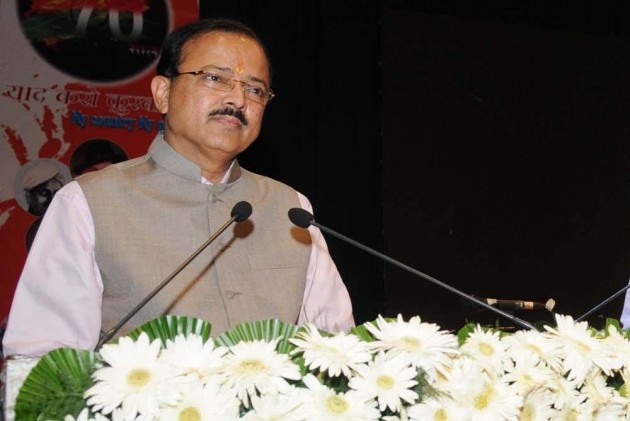 Nearly USD 14 billion worth of defence offset obligations would be discharged in India by foreign original equipment manufacturers (OEMs) by 2028, MoS for Defence Subhash R Bhamre said today, and indicated that the country envisages to reduce the defence budget by 50 per cent within a decade.

He said the defence industry has the potential to become a huge foreign exchange earner and also lead the country to its professed goal of self-reliance.

"Nearly USD 14 billion worth of defence offset obligations will be discharged by the foreign OEMs by 2028," he said while delivering the inaugural address at seminar - Leveraging defence expenditure as a tool for nation building - organised by College of Defence Management here.

He noted that India has the 3rd largest armed forces in the world and spends approximately 40 per cent of its total defence budget on capital acquisitions, and about 60 per cent of defence requirements are met through imports.

"The present government has emphasised on indigenous manufacturing to reduce the defence budget by 50 per cent within a decade," the Union minister said.

"There is an urgent need for innovation in the defence manufacturing sector with increased focus on R&D and to prepare a pool of human resource expertise which will help in making equipment and technologies cheaper," he said.

Thanks to the Centre's 'Make in India' campaign, the defence sector has moved from the periphery to the core of Indian manufacturing, he pointed out.

"The sector not only has the potential to augment manufacturing but also add nearly one million direct and indirect jobs," Bhamre said.

He also said the government is taking steps to bring in a framework that encourages collaboration between public and private sector companies for defence export based on public private partnership model.

"The DPSUs (Defence Public Sector Undertakings) and private sector should also put in place a system to share the capability and capacity to support overseas sales, servicing and maintenance throughout the life of the product," he said.

Pointing out that the human resource capacity in the private sector has already demonstrated its worth in fields of automobile, IT and service sectors at global platform, he said the government is trying to replicate the same model by inducing private sector and foreign OEMs to invest in defence manufacturing.