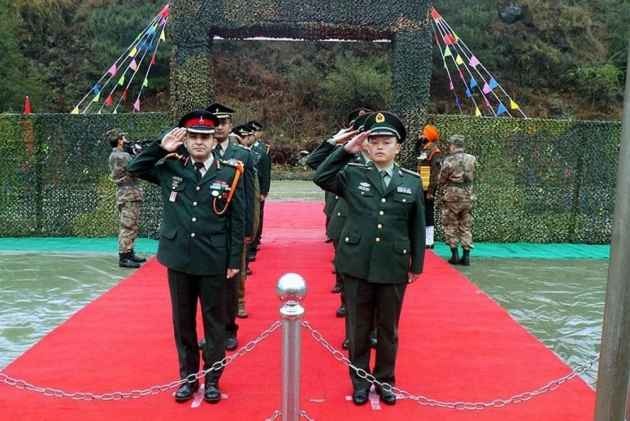 Army officers of India and China are holding a meeting today in Chushul area of Leh, a day after Indian border guards foiled an attempt by Chinese soldiers to enter Indian territory along the banks of Pangong lake in Ladakh.

Official sources said the meeting is expected to deliberate on maintaining peace and tranquility along the Sino -India border in Ladakh.

Soldiers of the People's Liberation Army (PLA) tried to enter the Indian side in two areas-- Finger Four and Finger Five-- twice between 6 am and 9 am yesterday. But on both the occasions their attempts were thwarted by alert Indian troops.

Chinese troops had managed to enter up to Finger Four area in the region from where they were sent back. This area has been a bone of contention between India and China as both claim it to be a part of their territory.

There was stone pelting also that caused minor injuries to people on both sides.

When asked about yesterday's incident in Ladakh, Defence Minister Arun Jaitley told reporters, "This is not a subject on which the government makes a comment on."

The incidents in Ladakh took place amid a face off between Indian and Chinese armies in Dokalam in India-Bhutan- China trijunction which has entered the third month.

Official sources said notwithstanding the standoff, sweets were exchanged between the Indian Army and PLA troops in multiple border locations including in Dokalam.

Exchange of sweets on Independence Day and Republic Day has been a tradition for last several years.