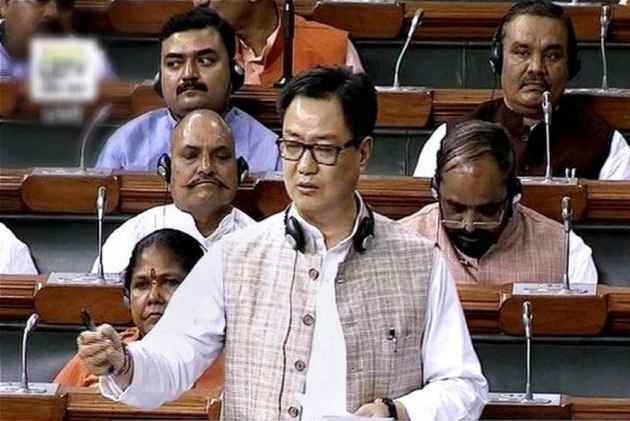 India is building as many as 73 roads with "operational significance" along the Sino-India border, the government told Lok Sabha today.

"The government has decided to undertake construction of 73 roads of operational significance along Indo-China border. Out of these 73 roads, 46 are being constructed by the Ministry of Defence and 27 by the Ministry of Home Affairs," Minister of State for Home, Kiren Rijiju, said in reply to a written question.

He said 30 roads had been completed so far.

The minister said a number of steps have been taken to expedite the road projects such as setting up of a high level empowered committee, headed by the Union home secretary, to review and monitor the progress of border infrastructure projects regularly.

India and China share a 3,488 km-long border -- from Jammu and Kashmir to Arunachal Pradesh.

The two countries have been engaged in a standoff in the Dokalam area along the India-China-Bhutan tri-junction for the past three weeks after a construction party of the Chinese Army attempted to build a road in the region.