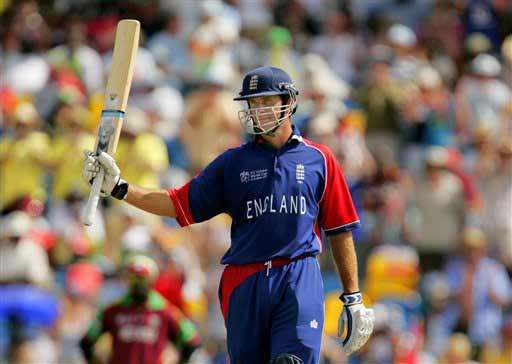 Insisting that the much talked-about altercation between Ravindra Jadeja and James Anderson was nothing more than a "minor bust-up", former England captain Michael Vaughan said the visiting Indians were blowing things out of proportion in an attempt to unsettle the home team.

"It is all a bit pathetic and sad that India have reported James Anderson for something that sounds like nothing more than a minor bust-up – something that can happen in the pressurised environment of Test cricket," Vaughan wrote in The Daily Telegraph.

"The sad part for me is that they could not sort this out between the teams before going to the International Cricket Council. India are such a powerful force in world cricket but the game needs them to wield that power responsibly and make sure they do not just use that influence to their own advantage, as naive as that may sound," said the former skipper.

Anderson allegedly pushed and abused Jadeja on the second day of the drawn opening Test in Nottingham. The Indians pressed formal charges quite a few days later and the English responded by counter-charging Jadeja.

"India have to be careful. They have to make sure they have enough evidence to prove Anderson did something seriously wrong otherwise they will be accused of crying wolf or confirm suspicions they are just trying to get England's best bowler banned," said Vaughan.

"I also do not see why MS Dhoni has got himself involved in this. It should have been dealt with at board level with slaps on the wrists for both players. I am a huge admirer of Dhoni. He has been fantastic for the game, a wonderful player and captain of India so I do not understand why he wants to lower himself like this. It is a shame. It leaves a bad taste," he fumed.

"It is wrong if Jimmy pushed Jadeja but this is men against men, not under-11s cricket. If he had thrown a punch then Jimmy should be banned but a little shove and some verbals? Just get on with it."

The incident has revved up the five-match series and Vaughan felt the home players would be more fired than ever to bring down the visitors in the second Test here from today.

"There is no doubt this will now be a spicy series. England will not back down and it will be hostile out on the pitch. It will inspire England to fight and they normally respond to that kind of motivation pretty well. It would not surprise me to see Anderson win the man-of-the-match award at Lord's this week and dismiss both Jadeja and Dhoni," he said.

Talking about the two players at the centre of the row, Vaughan said both are characters in their own way.

"Jimmy is a tough competitor and sometimes I think on the field he goes over the top. He is a placid and humble guy off field but out in the middle he is desperate to help England win and is aggressive towards the batsmen," he said.

"Jadeja is a cocky little character, full of skill. He is a clever left-arm spinner and dasher with the bat who has scored three triple hundreds in his career. He also likes to annoy the opposition and take them on. In my opinion they are two cricketers, who are great for the game," he added.