India Avoiding Talks With Pakistan Due to Kashmir: Aziz 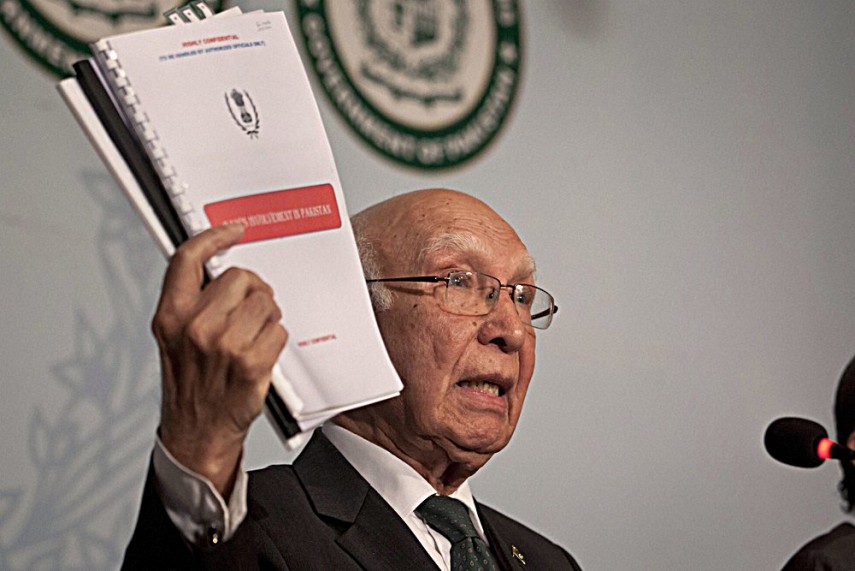 Print
A
A
A
increase text size
Outlook June 29, 2016 17:14 IST India Avoiding Talks With Pakistan Due to Kashmir: Aziz

India was "shying away" from peace talks with Pakistan to avoid discussions on Kashmir and other issues, Prime Minister Nawaz Sharif's Adviser on Foreign Affairs Sartaj Aziz said today.

He said Pakistan was not shying away from talks.

"It is actually India which is shying away as it knows that it has to discuss Kashmir and other issues on the dialogue table," Aziz said, commenting on Prime Minister Narendra Modi's remarks during a television interview.

"Prime Minister Modi's logic is beyond perception," he said.

"We have a format of comprehensive and composite dialogue with India that includes issues like people-to-people contact, visa and fishermen issue, trade and economic cooperation, Kashmir, Siachen and Sir Creek," Aziz was quoted as saying by Radio Pakistan.

In the interview on Monday, Modi had said that due to his diplomatic efforts, the world had seen India was not reluctant to engage with Pakistan.

"Our approach has created difficulties for Pakistan, and they find it hard to respond on the matter in the international community," said Modi.

The relations between the two sides deteriorated after Pathankot attack earlier this year and all efforts have failed to revive the peace talks.