Income From Waqf Plots Can Be Used for Upliftment: Heptulla

Print
A
A
A
increase text size
Outlook October 12, 2015 17:14 IST Income From Waqf Plots Can Be Used for Upliftment: Heptulla

The optimal use of Waqf properties in the country could yield an annual income of Rs 12,000 crore which can be used for education and other upliftment projects for the Muslim community, Union Minister for Minority Affairs Najma Heptulla today said.

Chairing a meeting of Minority Affairs officials from seven northern states of the country here, Heptulla also said that her ministry is planning to develop these properties under the private-public partnership mode so that these can be put to commercial use.

"The Waqf properties in the country can yield an annual income of Rs 12,000 crore which can be used for education and other upliftment projects for the community," Heptulla told reporters after the meeting.

Asked about the vast encroachments on Waqf properties, the minister said the Parliamentary Standing Committee has returned the Bill and further action would be taken once the Bill is passed by the Parliament.

"Once the Bill is passed by the Parliament, our position will be strengthened and we will vacate all the illegal encroachers from these properties," she said.

Heptulla said she has held a similar meeting for western states in Mumbai earlier this year which was a success.

"Such meetings give the states an opportunity to learn from each other ...They share their successful programs. We will hold similar meetings for southern and eastern region also so that we are able to reach out to people living in remote areas and mitigate their problems.

"The message we want to give is that the Modi government is at your doorsteps to solve your problems," she added.

Later, the Union Minister called on Chief Minister Mufti Mohammad Sayeed to discuss the programmes of her ministry in respect of Jammu and Kashmir.

During their meeting, Sayeed urged the Union minister to create awareness about the welfare programmes launched by her ministry so that more and more people avail the entailed benefits, an official spokesman said.

Sayeed also laid emphasis on educating masses about its merit-based scholarship and coaching scheme for pre-matric students, who belong to families whose annual income slab is less than Rs one lakh, the spokesman said.

Heptullah told the Chief Minister that Centre is encouraging self-attestation of income certificates so that the students are able to obtain scholarships in a hassle-free manner.

The Union Minister said around 86 lakh students all over the country have so far benefited by the pre-matric scholarship scheme launched by the Minority Affairs Ministry.

She said special emphasis will be laid on J&K so that students from the state get their due share.

Sayeed also discussed the state government's plan to patent and price-tag the handicraft products to boost their saleability and sought the Ministry's help in skill development.

The state government is planning GI (Geographical Indication) registration of its famed hand-made products so that genuine items are exported and sold in country and abroad.

Heptullah assured the Chief Minister of formulating schemes that support skill development and facilitate access to markets. She referred to 'Ustaad', a new scheme that has been envisaged to promote traditional skills, which can bring rare art like Kani Shawl making within in its ambit. 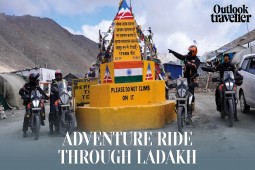