Incidents of Intolerance Not Expected From Our Country: Akhtar 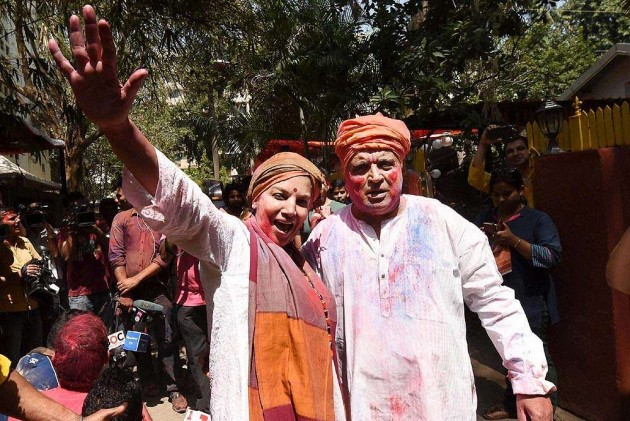 Print
A
A
A
increase text size
Outlook October 08, 2015 14:54 IST Incidents of Intolerance Not Expected From Our Country: Akhtar

The recent incidents of intolerance are not expected to happen in India, says eminent poet-lyricist and Rajya Sabha MP Javed Akhtar.

"One does not expect this from our society at least. I don't expect such things to happen in India. One used to hear such things happening in some other society, not ours. One does not feel proud of what is happening here," said Akhtar.

The lyricist came out in support of fellow Sahitya Akademi award winner Nayantara Sahgal's decision to return her award in protest against rising "intolerance".

Sahgal, who had received the Sahitya Akademi award in 1986 for her English novel 'Rich Like Us (1985)', returned her award saying, "The ruling ideology today is a fascist ideology and that is what is worrying me now. We did not have a fascist government until now... I am doing whatever I believe in."

Akhtar said, "I can understand her agony. She comes from a tradition of secularism and better values and when she feels this thing, she must be very pained."

"It is a protest but I think much more has to be done in the society because whatever is happening now-a-days, is not desirable at all," Akhtar said.

The Urdu poet spoke to the PTI on the launch of the book Pigeons of the Domes by noted author and translator Rakhshanda Jalil here last evening. The book was launched by Akhtar and Jawhar Sircar, Chief Executive Officer of Prasar Bharati.

"The writers should actually communicate and write more and they should see to it that writings should reach people. Who am I to say whether she should have done it or not but the fact is that this is also a protest and draws attention and makes people think why she has done it," he said.

The book is a compilation of 19 short stories by various Hindi and Urdu authors and includes stories on Hindu-Muslim relations, the exodus of Kashmiri Pandits from the Valley, "marginalisation" of Hindus in Punjab and the persecution of Sikhs in the 1984 anti-Sikh riots.