Inability to Fight Naxals Due to CM Raman Singh's Lack of Will: Cong 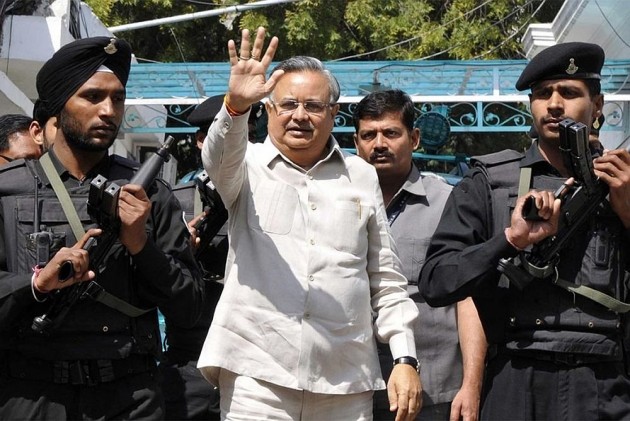 Print
A
A
A
increase text size
Outlook April 25, 2017 18:39 IST Inability to Fight Naxals Due to CM Raman Singh's Lack of Will: Cong

A day after 25 CRPF personnel were killed in a Naxal ambush, the Congress today launched a frontal attack on the BJP government in Chhattisgarh, saying its inability to fight the guerrillas stems from the lack of willingness on the part of Chief Minister Raman Singh.

The "inability" of the state government in fighting Naxalism lies in the "lack of will" of the chief minister, chief Congress spokesperson Randeep Surjewala said.

He also took a swipe at BJP president Amit Shah over his party's expansion plan, launched from Naxalbari in West Bengal today, and said he should instead confer with the prime minister on how to stop Naxalism.

Senior Congress leader Digvijaya Singh accused the Chhattisgarh chief minister and other BJP leaders, who win elections from Naxalism-affected areas, of striking a "deal" with the guerrillas.

"I have said this before and am repeating, that Raman Singh and all those BJP leaders who have won from Naxalism-hit areas have struck a deal with Naxals and there is some exchange between them," he said.

Surjewala also questioned the central government for its failure to appoint a full-time director general (DG) of the paramilitary force. The post of the CRPF DG has been lying vacant since February.

"No CRPF DG post Feb2017.NIA Chief on 2nd extension.Lack of policy,plan & direction to fight Naxals confounds BJPGovt. Has BJPGovt framed a congruous & comprehensive policy in 3years to deal with Naxalism or was it's resolution babble? (sic)" he said in a series of tweets.

Congress spokesperson Priyanka Chaturvedi said the BJP had made strong claims of wiping out terrorism, but in reality the number of casualties of CRPF jawans in the state has been the highest during its tenure.

She claimed that the intelligence failure and the lack of coordination between the Centre and the state were the main reasons for the deadly Naxal attack.

"If we are serious of wiping terrorism from across the border, we should be serious about defeating terrorists from within the nation.

"The Congress made full attempts to defeat the scourge of these terrorists. We wiped out terrorists in Andhra Pradesh. We lost our senior leadership in Chhattisgarh to Naxal violence. This was during the BJP tenure. We have seen no action," she said.

Digvijaya Singh said Naxalism cannot be wiped out till the state government takes the tribals and those living in these areas into confidence and talks to them.

"You cannot end Naxalism till the time you talk to all. You have to first take the people living in Naxal-affected areas into confidence," he said.

The Congress on its Twitter handle hit back at Union minister Ravi Shankar Prasad, who asked whether the families of security men killed in the Naxal attack have any human rights, saying, "Of course they have Human Rights! But, aren't you the government? You have clearly failed in defending these Rights!"

At least 25 CRPF personnel were killed and seven wounded in Chhattisgarh's Sukma district yesterday, in the deadliest ambush by Naxalites of security forces this year.

The nearly 100-strong CRPF patrol providing security for road construction work came under fierce gunfire from Maoist guerrillas occupying vantage positions at around 12:25 PM in Kalapathar area of south Bastar region, one of the worst-hit by Left-wing extremism in the country.