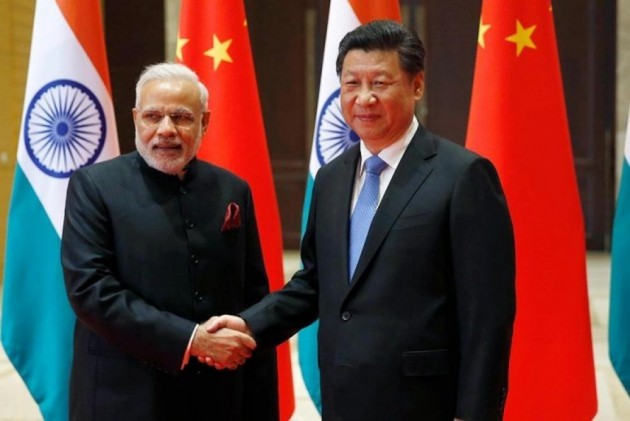 Admitting perhaps for the first time that Kashmir dispute "does hinder" the USD 46 billion China-Pakistan Economic Corridor project, a state media report here today said that this does not mean China should "appease" India to prevent it from playing "little tricks".

"The dispute over Kashmir between India and Pakistan does hinder China's efforts in pushing the (China-Pakistan Economic Corridor) forward, but this does not mean China should 'appease India' to prevent the country from playing little tricks," said the article in the Global Times - part of the People's Daily group of the ruling Communist Party of China.

It said "India should be aware that its ambition of becoming a great power won't be realised if it contributes little to promoting regional integration and regional economic development."

The article was in response to a piece by US-based analyst Panos Mourdoukoutas in Forbes magazine yesterday criticising Beijing over the ambitious project. The Forbes piece has said that China has done "very little to appease India."

The daily has regularly carried articles critical to India for the past few months. Today's was, however, a rare admission that the Kashmir dispute hinders the CPEC project, which runs through the Pakistan-occupied Kashmir (PoK).

India has expressed reservations over the project that links western China to Gwadar Port in the restive Balochistan province in southern Pakistan. The project gives China easy access for trade to Central Asian states and European markets.

China has defended the project, saying it is a commercial project aimed at improving people's lives.

In the Forbes piece, Mourdoukoutas said that "China should make peace with India for forget about the project".

He said China desperately needs CPEC. It's part of China's vision "to write the rules of the next stage of globalisation" and help its export and investment engines grow for years.

"So far, China has done very little to appease India. In fact, it has done quite the opposite: repeatedly blocking India's efforts to join the Nuclear Suppliers Group," he said.

"And things could turn worse, if pro-Indian forces in Pakistan sabotage China's CPEC route. That raises the possibility of an open confrontation between China and Pakistan on the one side, and India and its allies on the other," he said.

Countering Mourdoukoutas, the Chinese media article said, "India's strategic suspicions toward China's rising presence in South Asia may hobble its ambition to be a great power, even though some observers think otherwise."

The CPEC "does not target India, and we believe that China's efforts to improve infrastructure in Pakistan have no intention of supporting the country's dispute with India," it said. (MORE) It said China has made efforts to boost regional economic

"However, as a strategic location connecting East Asia, Southeast Asia and Central Asia, India's poor infrastructure is a challenge for Asian nations to become interconnected. Although China has offered an olive branch to India to help upgrade its infrastructure facilities, it seems that India is reluctant to participate in the initiative. Additionally, New Delhi's suspicions toward China have left the country vigilant as Beijing strengthens ties with India's neighbours," it said.

"Some neighbouring countries have not benefited significantly from India's rapid economic growth. This will hamper New Delhi in improving its regional influence," it said.

"If India still holds suspicions toward China and excludes itself from the moves of promoting regional integration, the country will perhaps end up simply watching China's influence among its neighbouring countries rise," it claimed.