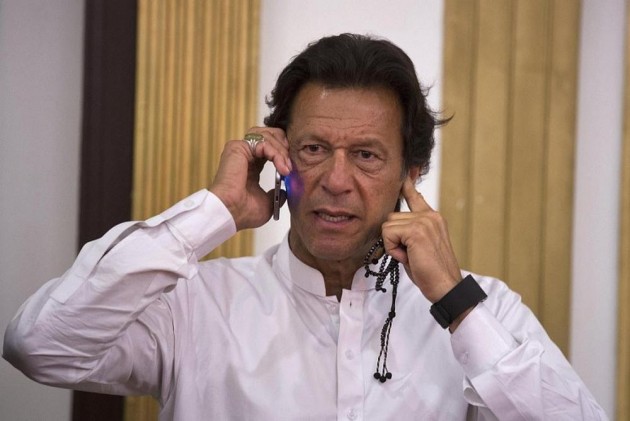 PTI spokesperson Fawad Chaudhry said yesterday that he would file a petition in the Supreme Court seeking admission of a case against Sharif for "taking funds from a foreign individual to destabilise and conspire against democracy in Pakistan", The Express Tribune reported.

The PTI does not possess substantial evidence to fortify its case except for some interviews and excerpts from a book 'Khalid Khawaja: Shaheed-e-Aman' by Shamama Khalid, wife of a former Inter-Services Intelligence (ISI) spy Khalid Khawaja, who was brutally murdered in 2010 by Pakistani Taliban.

"Relying on the revelations made in certain interviews and a book, PTI intends to open up a shady chapter in the country's political history from late 1980s in an apparent bid to further malign Sharif," the report said.

The interviews and the book claim that Sharif took money, amounting to Rs 1.5 billion from former al-Qaeda chief Laden to promote jihad in Kashmir and Afghanistan, the report said.

They also claim that later, an amount of Rs 270 million from this money was utilised to support a no-confidence move against Bhutto in 1989, the report said.

However in 2013, PTI leader Masood Sharif Khan Khattak – who is a former director general of the Intelligence Bureau (IB) – had submitted a statement before the Supreme Court in a case related to misappropriation of the IB funds in 1989.

In his nine-page statement, Khattak had claimed that the moving force behind the vote of no-confidence against Bhutto in 1989 was not political and named former president Ghulam Ishaq Khan and former army chief Mirza Aslam Baig, claiming that they wanted to keep Bhutto out of power, the report said.

Chaudhry, meanwhile said, "In the past, Sharif remained an active part of several conspiracies against the elected governments".

Last week, the PTI announced to open up another legal front against Sharif, saying it would file a petition demanding implementation on a 2012 verdict of the apex court in the Asghar Khan case which determined that Sharif and other politicians had received money from an intelligence agency prior to the 1990 general election to form an alliance against the Pakistan Peoples Party.