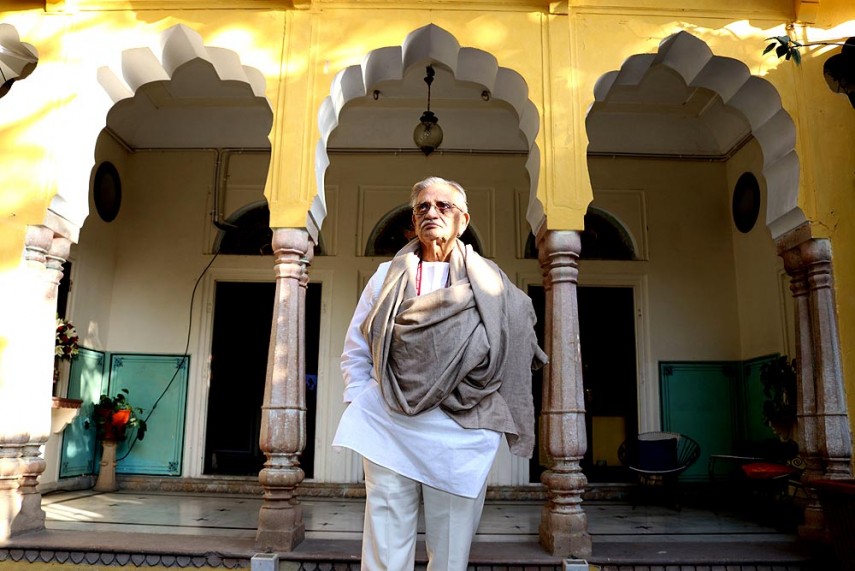 Gulzar today advised the young generation of aspiring writers to "become their own critics" by emulating Mirza Ghalib's practise of repeatedly editing his own writings.

The award-winning lyricist-poet, who was speaking in a session titled, "Hum Sooratgaar Kuch Khwaabon Ke", said that it was imperative for young poets to "self-evaluate and self-edit".

"Ghalib used to edit his own poems and often reject the works he did not like. It is important for poets and writers today to know their shortcomings, and be able to edit their own work as well as reject them if they are not up to their standards," Gulzar said at the ongoing Urdu festival 'Jashn-e-Rekhta'.

In conversation with famous Urdu and Hindi screenwriter Javed Siddiqui, Gulzar also talked about the relevance of pioneers of Urdu poetry like Mir Taqi Mir and Faiz Ahmad Faiz among others.

Highlighting Faiz's literary contribution and its importance during India's freedom struggle, Gulzar asserted that poetry was not merely a reflection of an individual's grief but it should "reflect social consciousness".

"Poetry is not about personal pain or tragedy. It should resonate the society's grief. A social consciousness should be reflected in your poetry," he said.

Gulzar went on to recite one of Faiz's couplets - 'Maqaam Faiz koi raah me jacha hi nahi, jo ku-e-yaar se nikle to su-e-daar chale', which losely translates to 'No destination en route caught my fancy, as I left my beloved's house, I went straight to the gallows'.

When asked to explain another famous couplet by the revolutionary poet - 'Mujh se pehle si mohabbat mere mehboob na maang', the octogenarian writer took a humorous dig at the current era of smartphones where love is professed over messages and chats.

"There is pain of the society, of a career and money. I have to face several other issues, so don't expect from me the kind of love we shared earlier. Now, I don't have time to sit and text you anymore," he quipped.