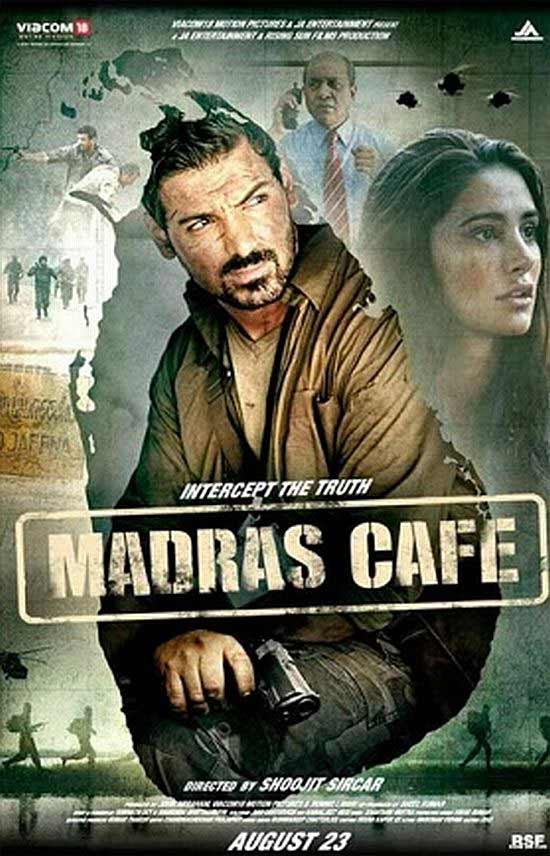 Opposing screening of Madras Cafe, in Mumbai for allegedly portraying the outlawed LTTE in bad light, the BJP today warned that its activists would take to streets if the film was screened.

Tamil organisations have opposed the movie and have called for a countrywide ban on it, he said.

"Several Tamil brethren live in Mumbai as it is the country's financial capital. Many organisations have registered their opposition to the film, with the BJP. It is felt that there will be social discord if the film is allowed to be shown here," Shelar said.

If the state government fails to stop the screening of the film, BJP workers would take to streets and protest at the cinema halls, he said.

Madras Cafe, directed by Shoojit Sircar, is a spy thriller set in the early 1990s amid the civil war between the Tamil tigers and Sri Lankan regime and is set for release on August 23.

He also said that every clause of the GTA agreement mentioned "with the approval of the Government which proves that GTA is not autonomous."

BJP also asked Congress to respond to "opinions" that the film had its backing and sought a national ban against it, warning of "unwanted consequences" subsequent to its release.

"It is condemnable that those not aware of truth behind the difficulties and miseries of Sri Lankan Tamils are making movies supporting Sri Lanka while portraying Tamils as terrorists. Congress has to respond to opinions that the film has been made with the party's support and blessings of the Congress (led UPA) Central government," he said.

He said the issue came at a time when all political parties in the state are demanding that India stay away from the November Commonwealth Heads of Government Meeting (CHOGM) in Sri Lanka, in the backdrop of the emotive Tamils issue.

"It is believed that the film's release will result in unwanted consequences. Therefore, BJP insists that the movie should not be released in any part of the country for reasons whatsoever," Radhakrishnan said in a statement reiterating that CHOGM should not be held in Colombo.

If the meeting was held there, India should not be represented, he added.

Meanwhile, students of a law college in Chennai staged a protest against the August 23 release of the film.

They submitted a complaint to police against its release and also sought a ban on the film, which they claimed portrayed Liberation Tigers of Tamil Eelam in bad light.

DMK chief M Karunanidhi had urged the state government to ascertain if such charges were true and take appropriate action.

MDMK chief Vaiko and Naam Thamizhar Katchi leader Seeman have already sought a ban on the film starring Abraham as an Indian intelligence agent in Sri Lanka during the civil war between government and LTTE in late 80s and early 90s.

Naam Thamizhar Katchi had in July given a complaint to police, demanding that the film not be released in the state, citing possible law and order problems.

John Abraham has refused to delete any scene from Madras Cafe, wondering why anyone had a problem with the film when the Censor Board had cleared it.