I'm Sure Afzal's Hanging Was Not Thought Out: Nariman 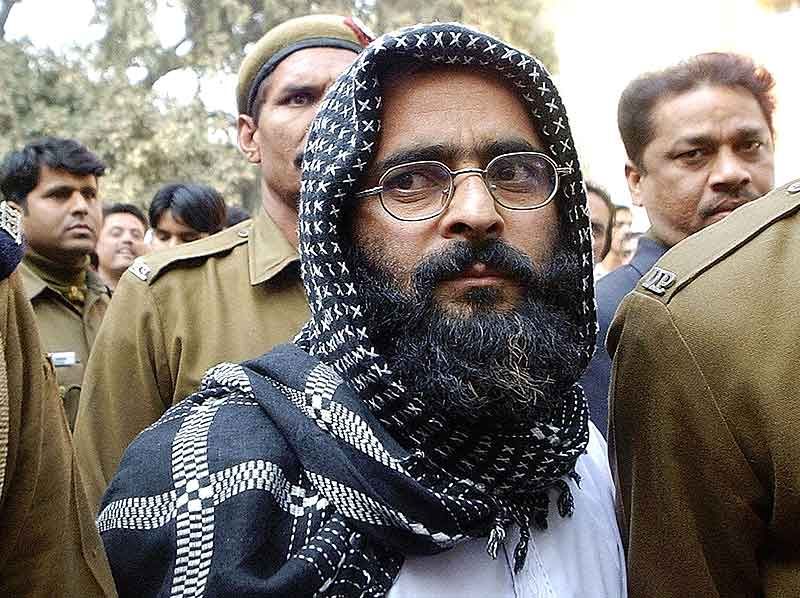 Print
A
A
A
increase text size
Outlook February 17, 2013 12:12 IST I'm Sure Afzal's Hanging Was Not Thought Out: Nariman

outlookindia.com
-0001-11-30T00:00:00+0553
Our worst enemies couldn't have done it better," was how eminent jurist Fali S Nariman reacted to the manner of execution of Parliament attack convict Afzal Guru without properly communicating it to his family.

"These things have to be thought out from a humanitarian aspect. You may certainly hang somebody because the President has refused his mercy plea. At the same time, humanitarian concepts are not alien to India," Nariman told Karan Thapar on Devil's Advocate programme in CNN-IBN.

"Our worst enemies couldn't have done it better. The way it was done. It was unfortunate. I am sure they did not think it out."

He said though the decision to hang Afzal on February 9 was communicated to his family through speed post as per the jail manual, nothing stopped the authorities from informing them through a telephone call.

The noted jurist said communicating through telephone was given a go-bye as "some government minion must have thought that Afzal Guru will obtain a stay against the death warrant by moving the court."

"Strictly comply with it. Send a letter but that does not prevent you from phoning. Jail manual does not say you cannot inform them by phone," he said when told that the government says it was bound by the jail manual which stipulates that the intimation has to be sent by a letter.

Nariman was responding to a question whether he bought the government's argument on the issue of the jail manual, which was written before mobiles, email, faxes came into being.

He said informing the family through phone must be done and the "puerile" excuses of jail manual should not come in the exercise which, in Afzal's case was "absolute thoughtlessness, recklessness".

Asked about the handing over of the body to Afzal's family, he said if there was truly an apprehension that it could be utilised for demonstration, then the government would be justified in retaining the body as per jail manual.

"I don't know about the right thing. Perhaps the latter. Yeah retain it. I would think if there is an apprehension that this is going to be made into a big demonstration etc, later on and if the government is truly apprehensive then they would be perhaps justified in following the jail manual," he said.

Nariman replied in the affirmative on being asked whether the Indian state has diminished itself by failing to live up to this minimum standard of expectation to allow a dying man to bid farewell to his wife and son.

He, however, said it was not done consciously.

"Yes, but not consciously. But nonetheless that would be a legitimate inference to draw and therefore some minion of the government who has to be told that there is something wrong with our whole system of educating people in the humane aspects of life," he said.

He said the Home Minister could not be directly but indirectly be held responsible for the action as it was "absolutely callous".

"They have just not done their home work. As in many other things they do not do their homework. It is very unfortunate. There is something wrong with the whole administrative set up," Nariman said, adding that the manner in which Afzal's execution was implemented has embarrassed India.

Nariman said he would be "greatly embarrassed" if he was in the government. "I wouldn't be able to answer truthfully," he said and shared the view that it was a "blot on our democracy and our sense of justice system".

"My position is that in India, it is perhaps better to leave the death penalty as it is under the present conditions," he said referring to the principle of 'rarest of rare' test.

"Rarest of rare, whatever that may mean and leave that to... It may mean one judge saying it is rarest of rare while another says it is not. But let us leave it as it is. As we don't have about 3,000 executions a year as people have in other countries," he further said.

Nariman said there was a need to make life sentence mean the whole life by codifying it by way of legislation so that no state has the authority to get the convict out.

"The prerogative of mercy which is also a constitutional prerogative is also removed by some means, which it can be done if you want to do it. It can only be under those circumstances and not otherwise (that death penalty be abolished)," he said.

"There should be a guarantee he (convict) will not come out," he said.