I'm Quite Normal And Have A Stable Mind, Says Justice Karnan Declining to Undergo Medical Examination 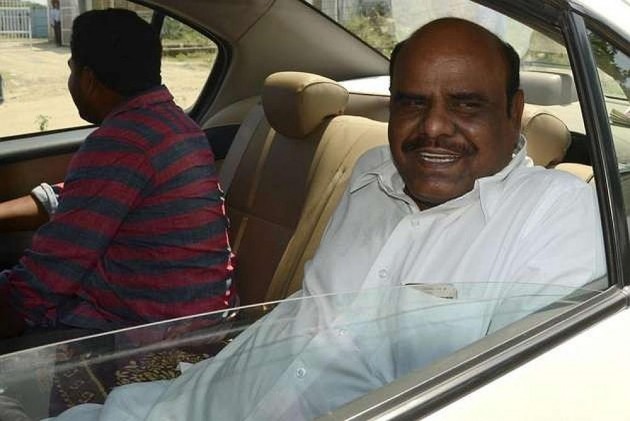 Print
A
A
A
increase text size
Outlook May 04, 2017 14:04 IST I'm Quite Normal And Have A Stable Mind, Says Justice Karnan Declining to Undergo Medical Examination

Justice C S Karnan of the Calcutta High Court today declined to undergo a medical examination by a four-member medical team from a government hospital here and said he is quite normal and has got a stable mind.

"I declined to avail medical treatment since I am quite normal and have a stable mind,"  Justice Karnan gave in writing to the doctors.

"Further my strong view about the Supreme Court order (is that) it amounts to insult and harassment towards the judge (myself)," he said.

Justice Karnan told the doctors that for holding such a medical examination, guardian's consent is required. "As my family members are not here, there is no such consent. So any medical test cannot be held", he said.

He said that his wife and a son are in Chennai while his another son is working in France.

The Supreme Court had on May 1 ordered medical examination of Justice Karnan by a board of doctors, to be set up by a government hospital in Kolkata.

A seven-judge bench headed by Chief Justice J S Khehar had also directed the director general of police of West Bengal to form a team of police officers which could assist the medical board in carrying out the medical examination of the HC judge.

A four-member team of doctors along with police had gone to Justice Karnan's residence in New Town, Kolkata in the morning.