I'm a Feminist, Thanks to You: Malala to Watson 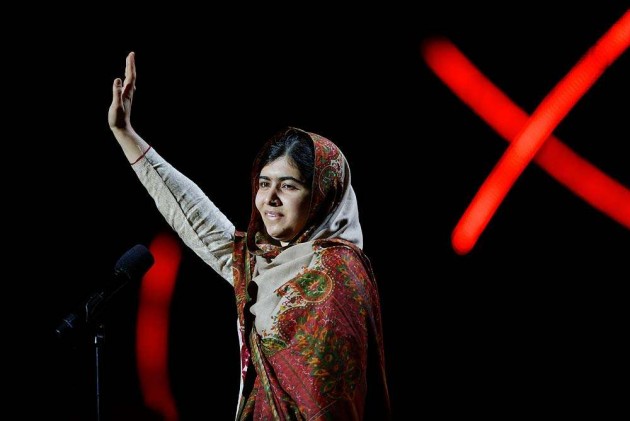 Malala Yousafzai, the Pakistani teenage rights activist who last year won the Nobel Peace Prize, has told actor Emma Watson that her speech to world leaders at the UN made her change her mind about not calling herself a feminist.

"It has been a tricky word. When I heard it the first time I heard some negative responses and some positive ones. I hesitated in saying am I feminist or not?" Malala said.

"Then after hearing your speech I decided there's no way and there's nothing wrong by calling yourself a feminist. So I'm a feminist and we all should be a feminist because feminism is another word for equality," she told Watson at the premiere of a documentary about her - He Named Me Malala.

Malala was targeted by Taliban gunmen in 2012 for speaking out against the Taliban and its ban on female education.

Then just 14-years-old, she was returning home from school in the town of Mingora by bus which the gunmen boarded and asked for her by name before shooting her in the head.

Watson, a UN global goodwill ambassador for women, gave a speech to the global rights body last year to launch her 'He for She' campaign, aimed at encouraging men to speak up for women's rights.

Malala said men "have to step forward" to promote equality of the sexes, adding that her father, Ziauddin, had been an "example to all men" and called himself a feminist.

Posting a video of the interview on her Facebook page, Watson said she found Malala's admission moving, the Guardian reported.

The 25-year-old film star said: "Perhaps the most moving moment of today for me was when Malala addressed the issue of feminism. To give you some background, I had initially planned to ask Malala whether or not she was a feminist but then researched to see whether she had used this word to describe herself.

"Having seen that she hadn't, I decided to take the question out before the day of our interview. To my utter shock Malala put the question back into one of her own answers and identified herself. Maybe feminist isn't the easiest word to use... But she did it anyway.