If US Starts Intervening, Kashmir's Situation Will Be Like Syria And Afganistan, Says Mehbooba Mufti 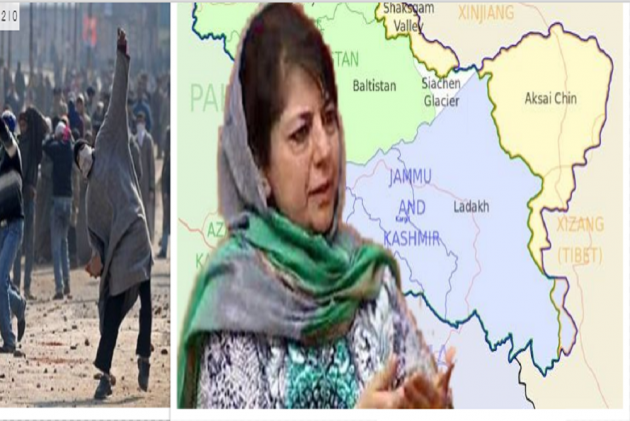 Print
A
A
A
increase text size
Outlook July 22, 2017 16:45 IST If US Starts Intervening, Kashmir's Situation Will Be Like Syria And Afganistan, Says Mehbooba Mufti

Jammu and Kashmir Chief Minister Mehbooba Mufti on Saturday rebuked National Conference (NC) president Farooq Abdullah's remarks on Kashmir issue and said that the situation in Kashmir Valley would be same as Syria and Afghanistan if America starts intervening.

'China, America should mind their own business, we all know what is the situation of the countries wherever they intervened be it Afghanistan, Syria or Iraq," Mehbooba said.

The chief minister said that only bilateral talks between India and Pakistan can help resolve the Kashmir issue.

"As Vajpayeeji said in the Lahore deliration, India and Pakistan should hold talks to resolve Kashmir issue," she said, and questioned: Does Farooq know what happened in Syria and Afghanistan?

Mehbooba's statements came in response to Abdullah's remarks wherein he had suggested that third party countries like China and U.S should mediate in the Kashmir issue.

The NC leader said India has so many allies across the globe, which can be approached for settling the Kashmir issue and act as a mediator between India and Pakistan.

"For how long are you going to wait? Sometimes, you have to pull the bull by its horns. The way is to have a dialogue. India has so many friends all over the world and can ask them to act as a mediator. US President Trump himself said that he wants to settle Kashmir problem. China also said that it wants to mediate in Kashmir. Somebody has to be approached," Abdullah said.(ANI)