'If They Don't Understand Peace, Answer Them With War',Says Ramdev On India-China Strains 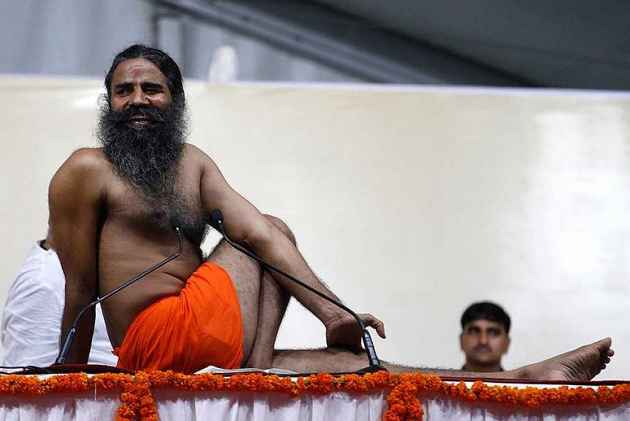 Print
A
A
A
increase text size
Outlook August 13, 2017 14:13 IST 'If They Don't Understand Peace, Answer Them With War',Says Ramdev On India-China Strains

Amid the escalating strain in the relationship between India and China, Yoga guru Baba Ramdev on Sunday reiterated that India needs to be prepared on all fronts for a possible war with China, if they don't reciprocate on peaceful terms.

Addressing the World Peace and Harmony Conclave, Ramdev said, "If China was open to the idea of peace, then the Dalai Lama wouldn't have been here."

He said that China has retaliated with a war threat every time India approached on peaceful terms, and asked Indians to answer them on the same front.

"We should be ready with any kind of answer they seek. If they don't understand peace, we should answer them with war," he said.

He also said that China is an epitome of "promoting war and hatred" in the world, further reiterating his appeal to boycott Chinese goods.

"All the Indians who feel for their country should boycott Chinese goods immediately."

"Indians should strictly ban the purchase of Chinese products. This will reduce their market in our country and they would be compelled to step back," he said.

Ramdev further asserted that Chinese companies have captured Indian market with their electronic goods, automobiles, toys and several others.

Meanwhile, Indian and Chinese troops are still locked in the month-long standoff in Doklam and both sides have moved additional troops, ammunition and military equipment to the area.

The stand-off emerged after Chinese troops were stopped by the Indian Army from constructing roads at the Doklam border. (ANI)