'If Someone Is Threatening Us, Do We Have To Listen?' AIFF Prez Praful Patel On Aizawl FC 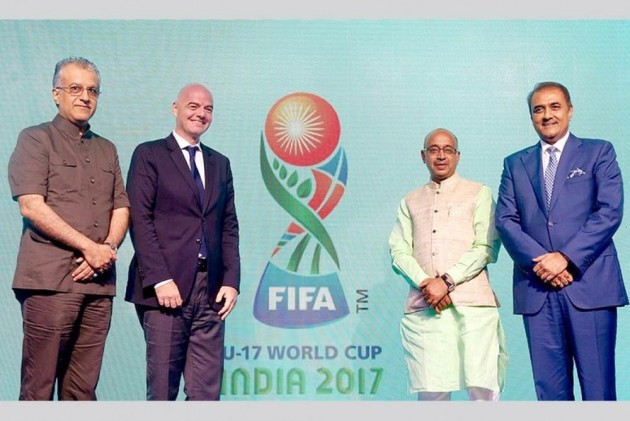 Print
A
A
A
increase text size
Outlook May 05, 2017 18:57 IST 'If Someone Is Threatening Us, Do We Have To Listen?' AIFF Prez Praful Patel On Aizawl FC

After Aizawl FC club president Robert Royte had intimidated that they will go on 'world-wide protests' or fast unto death if they are relegated to the second division, All India Football Federation (AIFF) president Praful Patel on Friday said that threats will not be entertained in a sporting federation.

Earlier, the north-east club had also said they will approach Prime Minister Narendra Modi and Asian Football Confederation president Salman Bin Ibrahim Al-Khalifa if they are denied an opportunity to defend their I-League title next season.

Hitting back on Royte's comments, Patel said that the AIFF is a national body and that they will do what is in the best interest of football.

"If someone is threatening us, do we have to listen? Tomorrow some other club will be relegated and they will say they will go on hunger strike.This not the way. If nothing has been decided, it is premature to comment for any one," he added.

Aizawl FC created history by becoming the first club from the northeast to win the I-League after they held hosts Shillong Lajong FC to a 1-1 draw under lights at the Jawaharlal Nehru Stadium.

Earlier, there were speculations that on the basis of form, reputation and squad strength, the top-three clubs of the 10th I-League are Mohun Bagan, East Bengal and Bengaluru FC-who all will be included in the top-tier league after the merger of the Indian Super League (ISL) and the I-League.

According to the proposed re-structured league, Aizawl would play in the second tier, along with all the other I-League clubs. (ANI)