If PM Modi Is Sympathetic Towards Plight Of Women, Why Doesn't He Address Varanasi's Widows, Asks Yechury 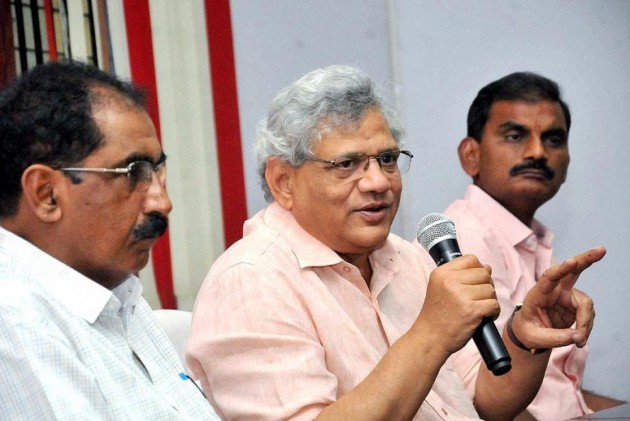 Print
A
A
A
increase text size
Outlook May 08, 2017 09:32 IST If PM Modi Is Sympathetic Towards Plight Of Women, Why Doesn't He Address Varanasi's Widows, Asks Yechury

The Communist Party of India (Marxist) leader Sitaram Yechury on Monday asked Prime Minister Narendra Modi to not only express concern about the plight of 'Muslim Sisters' but also about widows of his Parliamentary Constituency, Varanasi.

Addressing a programme here, Yechury took a dig at Modi's concern about Muslim women, who are victims of triple talaq.

"If the Prime Minister is really sympathetic towards women then why is he not talking about the widows of his constituency?" questioned Yechury.

The CPI (M) leader said the Uniform Civil Code should only be enacted in the country after discussing it with all other religions.

"If you want Uniform Civil Code to be enacted in the county then discuss it with all other religions. And, let us come to a conclusion to reform various practices in all the religions," said Yechury. (ANI)