If Muslims Want a Compromise, They Should Build a Mosque Somewhere Else, Says Subramanian Swamy On Ram Mandir Issue 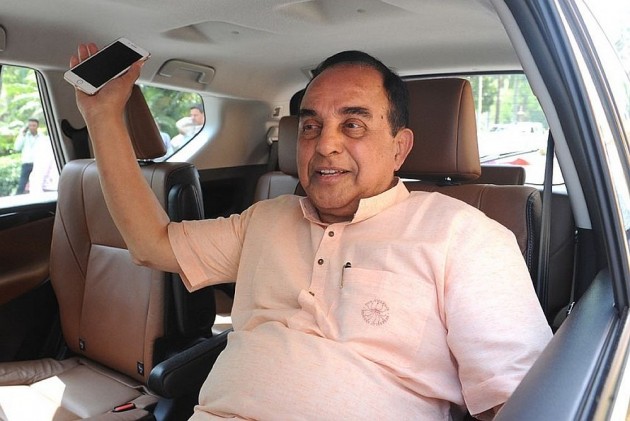 Print
A
A
A
increase text size
Outlook May 04, 2017 14:37 IST If Muslims Want a Compromise, They Should Build a Mosque Somewhere Else, Says Subramanian Swamy On Ram Mandir Issue

Reiterating his stand on the Ram Mandir issue, Bharatiya Janata Party (BJP) leader Subramanian Swamy on Thursday said that it has been proven that a temple exists below the Babri Masjid structure.

Swamy explained that under the study conducted by the Archaeological Survey of India, at the instructions of the Allahabad High Court, it was found that the Babri Majid was built above a temple.

The BJP leader further gave examples of other Muslim-dominated countries where mosques are demolished in order to make roads, buildings etc., adding that a mosque can be built anywhere.

"The temple must be built in a place which is believed by people to be Ram's birthplace. A mosque can be built anywhere. In all the Muslim countries, mosques are broken to construct roads, buildings. The mosque which was built in Mecca on the advice of Paigambar Mohammad was also demolished. If the Muslims want a compromise, then they should build a mosque somewhere else," Swamy said.

"Even the Babri Masjid was built above a temple, which was known by the research conducted by the Archaeological Survey of India at the instructions of the Allahabad High Court. We have already won in the Allahabad High Court. It has believed that the central dome is the birthplace of the Lord Ram. The Muslims should convey the same to their clerics," he further added.

Swamy expressed confidence over the apex court's verdict to come in his favour.

Earlier on March 21, the apex court said the Ayodhya dispute is a sensitive and sentimental issue, adding its best that this matter was settled amicably.

The court asked parties concerned to sit together to arrive at a consensus and asked BJP's Subramanian Swamy to consult the parties and inform it about the decision on March 31.

The court also suggested if required, a principal mediator can be chosen by the court for settling the issue.

Chief Justice J.S. Khehar said if the parties want him to mediate then he is ready for the task. (ANI)