If Lalu Is Innocent He Should Prove It to IT Dept.: Centre 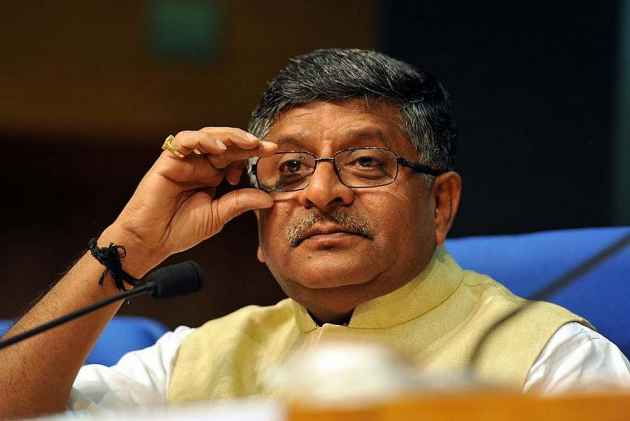 Dismissing former Bihar chief minister Lalu Prasad Yadav's claims of allegedly being pressurised by the Bharatiya Janata Party (BJP)-backed government, Union Law Minister Ravi Shankar Prasad while defending the Centre said it has no intentions to 'threaten or pressurize anyone'.

"The raids are being conducted as per procedure. We have no intention to intimidate anyone," he told ANI.

Seeking clarification on the matter, Prasad further asserted that if the Rashtriya Janata Dal (RJD) Chief is confident of no scam involved, he should clear it out with the Income Tax officials.

"There have been reports of the massive property owned by his son and daughter in both Bihar and Delhi. Why has there been no clarification? A profit worth 1000 crores is questionable, and hence he is under the scanner," said Prasad, alleging that the state was looted during his tenure as Chief Minister.

Drawing upon the 'harbinger of good governance' Nitish Kumar, Prasad said it is time for the former to look into the matter and deploy similar rules to all political leaders, irrespective of their political stature.

Earlier today, raids were conducted by the Income Tax department at 22 locations in Delhi, Gurugram on companies and people associated with Lalu.

A team of about 100 tax department officials and police personnel are reportedly carrying out the raids.

Responding to this, Lalu took to Twitter to slam the BJP, saying the saffron party and Rashtriya Swayamsevak Sangh (RSS) are trying to pressurise him, knowing that he will expose their 'lies, loot and jumlas.'

Challenging the Centre to reveal the names of the 22 places raided, the former Bihar chief minister said, "At least tell which 22 places were raided, you illiterates. Lalu is not scared of BJP-backed media and government puppets."

Lalu further said that the BJP lacks courage to suppress his voice and if they try to do so, then million more Lalus will emerge all across India.

In a challenging voice, Lalu cautioned the BJP saying, "I am not scared of the BJP. There is a lot more to be done by bringing together all the parties sharing the same ideology."

As per sources, the raids are being conducted on the charges of illegal (benami) land deals worth Rs. 1,000 crore.

The searches are reportedly also being conducted at the premises of the son of RJD MP P C Gupta and few other businessmen.